You can watch the full six-hour board meeting below:

The Riverside County Board of Supervisors voted to table the vote on a proposed two-month plan to lift all public health regulations in the county.

The board voted 3-2 to reconvene on Oct. 6 to once again vote on District 5 Supervisor Jeff Hewitt's three-phase plan to reopen the county's businesses after Supervisors Kevin Jeffries and Karen Spiegel want to make several minor amendments to the proposal.

The vote came after several hours of public comment from residents, many of whom were in-person advocating for reopening and completely dropping the public health orders.

County CEO George Johnson said at the meeting over $700 million in state funding could potentially be at-risk if board voted to defy the state's orders and pass Hewitt's reopening proposal.

Hewitt argued that the number that the Governor didn't have the power to take away that much funding. He said the number would be closer to $56 million in state funding that could be taken away.

Jeffries wanted to further clarification on what could potentially happen if the county goes against the state's public health orders.

Prior to the meeting, Hewitt argued that the lockdown resulted in thousands of job losses and other impacts that he said will be felt "for years to come."

"The economic impacts are clear -- thousands of businesses and hundreds of thousands of jobs have been lost due to the shutdown of our economy," Hewitt said, referencing the region and state. "We will feel the burden of these economic impacts for years to come. It is time for Riverside County to take responsibility for our own well being.''

Hewitt's plan advocates a three-phase plan with a relatively expeditious timeline, beginning with permitting all dine-in restaurants, houses of worship, indoor offices, personal grooming establishments and shopping malls to open before the end of this week.

On Tuesday, the state approved Riverside County to reopen a lot of these businesses indoors at a limited capacity.

Read: Riverside County advances to next phase in reopening, approved by the state to enter 'red tier'

#BREAKING Dr. Cameron Kaiser confirms Riverside County has been given the ok to move from the purple, most restrictive #coronavirus tier, to the red. Here's what changes you can expect in various industries @KESQ

Supervisor Spiegel even mentioned that some businesses that could open under the state's current tier wouldn't be open in phase I of Hewitt's plan. Hewitt acknowledged this issue and planned to amend it to prevent businesses that are reopening from closing again.

Phase II of the Hewitt's countywide reopening would begin Oct. 13 and would permit the resumption of wedding receptions and all group vents that are capped at 25% capacity, or a 100-person limit, whichever is less.

Phase III would be designated for Nov. 3, and it would permit the unfettered operation of fitness centers, movie theaters and bars -- with state virus-control standards remaining in place.

The plan would also called for the county chief executive officer to be the frontline authority on how well the reopening is working, moving Riverside University Health System staff, including the county Public Health Officer Dr. Cameron Kaiser, into an advisory role

State guidelines, including social distancing requirements, use of facial coverings in closed and crowded spaces and strong sanitation practices by business operators, would have remained in place under Hewitt's plan. 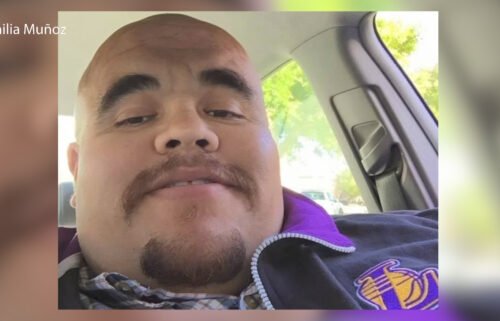