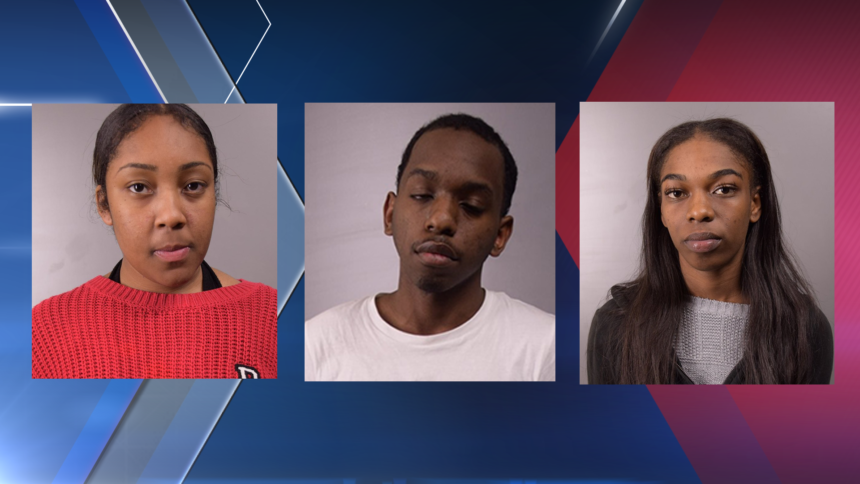 The first burglary was reported at approximately 2:39 a.m. at a restaurant within the 2500 block of North Palm Canyon Drive.

Watch: Victims speak with News Channel 3 about the burglaries

Officers attempted to conduct a traffic stop but the driver, Shanya Johnson, 19, would not yield leading to a short pursuit that ended on outbound Highway 111, just east of Chino Canyon. Johnson and another occupant of the vehicle, Mashayla Curry, 20, were detained without incident.

According to PSPD, inside the vehicle a safe from the business containing an undisclosed amount of currency.

Surveillance video showed that there was a total of four subjects involved in the burglary. Two other suspects fled the area.

At approximately 6:00 AM, the Seal Beach Police Department became involved in the investigation and assisted PSPD investigators. SBPD officers located the vehicle involved in the burglary and detained five occupants. Two of the individuals, an adult male and a juvenile male, were identified as suspects in the Palm Springs burglary.

The adult male was identified as Kaelem Gonzalez, 22, of Long Beach. Gonzalez was transported to PSPD for processing. The juvenile has been released to family members and charges will be filed with the juvenile courts.

SBPD found that the other occupants inside the vehicle were allegedly involved in other burglaries around in the Long Beach area. SBPD is currently questioning those individuals about the cases in Long Beach.

Additional burglaries were reported at two businesses in the 1700 block of E. Palm Canyon Drive. According to PSPD, video surveillance and additional investigation led to the Curry, Johnson, and Gonzalez to be identified as the suspects in these two burglaries.

PSPD's investigation remains active and additional arrests will be made if other suspects are identified.