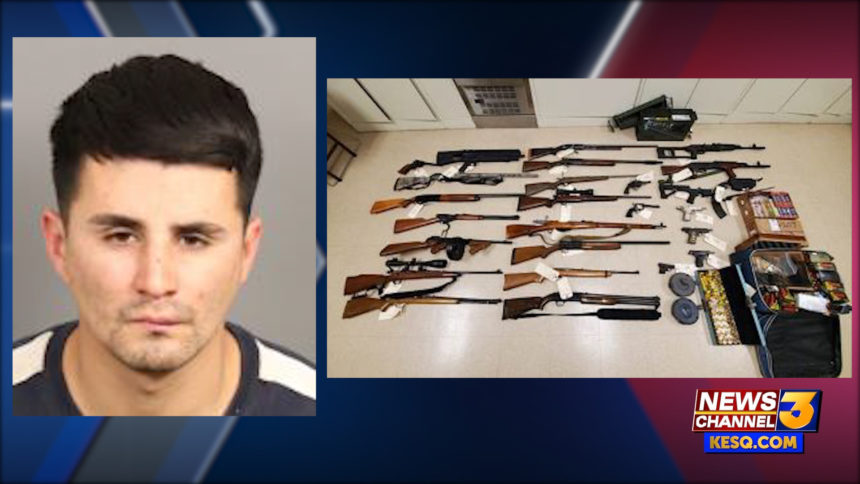 A man wanted for allegedly brandishing a weapon at another person in Coachella was located after a manhunt that lasted over six hours.

The initial incident was reported at approximately 10:24 a.m. within the 86500 block of Avenue 50 in Coachella. The Riverside County Sheriff's Department has not revealed the exacts details of what happened or the weapon used, however, it was revealed on Thursday the call included an assault with a deadly weapon.

According to the Sheriff's Department, based on the circumstances of the initial call, a search warrant was authored to investigate the area. Deputies, SWAT, and a California Highway Patrol helicopter were in the area of Avenue 50 and Highway 86 searching for Contreras.

Alejandro Contreras, 28 of Coachella, was located hiding inside a property on Avenue 50. He was placed under arrest at approximately 4:40 p.m., according to jail records.

A search of the property that Contreras was found inside led to authorities to find 24 firearms, high capacity magazines and thousands of rounds of ammunition.

Contreras was booked at Indio jail for assault with a deadly weapon and criminal threats. He was released on Thursday on $25,000 bail.