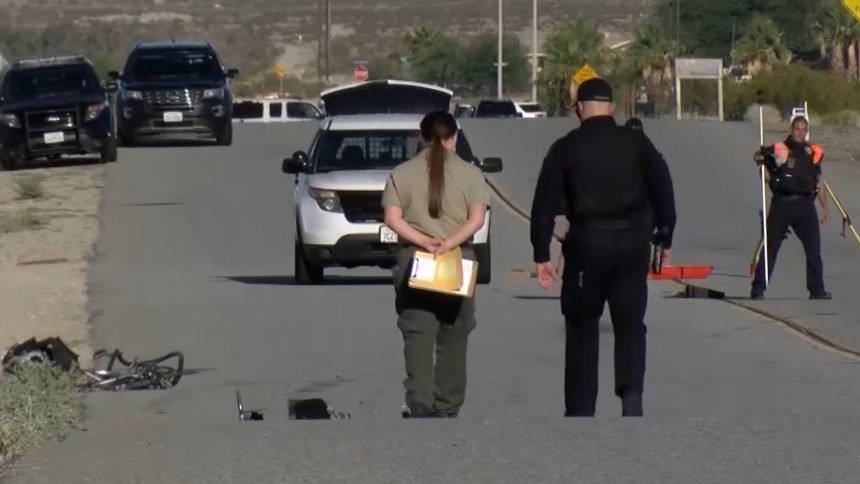 The Riverside County Coroner's office released the identity Thursday of a man killed in a hit-and-run crash Wednesday morning in Desert Hot Springs.

Christopher Jones, 43, of Palm Springs was riding in his bicycle in the area of Two Bunch Palms Trail when he was struck and killed by a vehicle at approximately 5:30 a.m. Jones was pronounced dead at the scene.