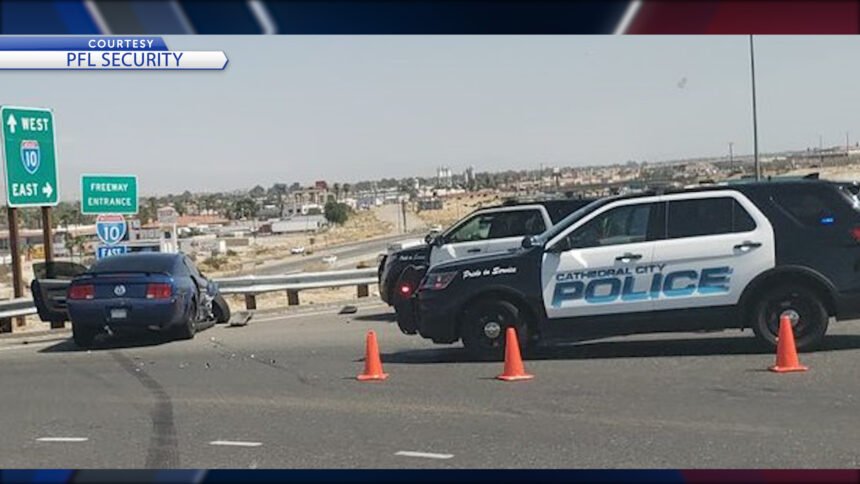 The robbery happened at approximately 2 p.m. at a business on the 31700 block of Date Palm Drive.

"Store employees were scared and made no attempt to stop the suspects as they fled the store with merchandise," according to Cathedral City Police.

The suspects fled the scene in a newer blue Mustang with no vehicle license plates that was waiting nearby. Witnesses told officers the mustang was heading northbound on Date Palm toward Vista Chino.

The police department revealed that several officers then positioned themselves on the Date Palm bridge. The officers saw the Mustang as it approached the east on-ramp to the I-10. Officers attempted a felony stop on the Mustang but the suspects failed to yield. A vehicular pursuit started on the eastbound Interstate 10.

The pursuit lasted a little over three miles before it ended when the Mustang clipped a semi-truck, causing it to crash into a guard rail on the Bob Hope off-ramp.

All four suspects were detained at the scene and no injuries were noted.

The four suspects identified as male juveniles, ages 16 and 17 were from San Bernardino County. All four were arrested for robbery and transported and booked at the Riverside County Juvenile Hall facility in Indio.