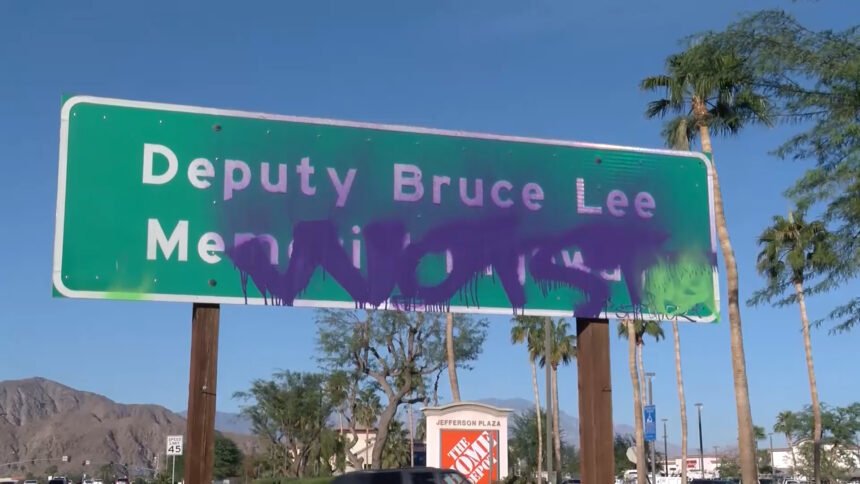 Lee was killed in the line of duty at the age of 45 on May 13, 2003, while investigating a domestic dispute in La Quinta.

The city of La Quinta dedicated a section of Highway 111 that runs through the city and placed the signs in dedication to Deputy Lee.

The sign that was vandalized is located on the westbound side of Highway 111, between Jefferson Street and Dune Palms Road.

The signs have been up since December 2005.

City crews were out Monday morning working to clean up the graffiti. The Riverside County Sheriff's Department is looking into the vandalism.

The City of La Quinta condemned the vandalism in a statement:

"The City of La Quinta does not condone any type of graffiti vandalism in our City. As such, we will be taking action to clean up the vandalized signage immediately. Additionally, the markings will be shared with Riverside County Sheriff's Department in the event that additional vandalism takes place or these markings are related to other graffiti incidents."