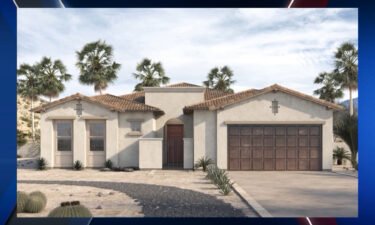 A man wanted in connection with a murder in Fontana on Monday is dead along with his teenage daughter after a shootout with police on Southbound Interstate 15 in Hesperia.

Sheriff Shannon Dicus said in a news conference Tuesday afternoon that they believe the suspect's daughter, Savannah Graziano, 15, was the female passenger injured in the shootout. He added they are awaiting further confirmation from the coroner's office.

Dicus said the injured passenger was wearing tactical gear. She exited the vehicle and ran toward police during the shootout.

Dicus added that they are investigating whether the passenger also fired shots. One rifle was found in the vehicle.

Her father, Anthony John Graziano, 45, was accused of killing his wife during a domestic violence incident Monday morning in Fontana. An Amber Alert was issued after police said he fled with Savannah.

**This AMBER Alert has been deactivated.** https://t.co/0GAmyx2dRy

On Tuesday, a 911 caller reported seeing Anthony's vehicle in Barstow, according to the sheriff’s department. Authorities said a pursuit began and Graziano fired multiple shots out of the vehicle’s rear window.

Police announced that Southbound I-15 has been completely shut down. There is no ETA as to when the road may be back open.

Northbound I-15 is open but there is significant back up.

Southbound I-15 is completely closed. There is no ETA on when the closure will be lifted. Northbound I 15 is ⁰open, significant back up. Main Street is closed in both directions from Mariposa Road to Key Pointe Drive until further notice.