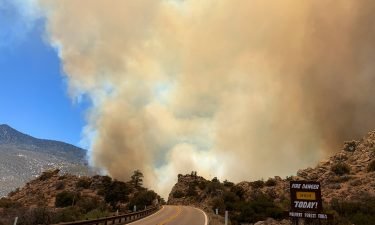 A clash between riverside county's top elections official and the county district attorney over the security of ballots.

In emails and letters uncovered by the I-Team, the Registrar of Voters Rebecca Spencer accuses District Attorney Mike Hestrin of voter suppression during the recent election.

Spencer wrote in an email to the board of supervisors in January, "I should be able to do my job free of political intimidation, interference, and retaliation..."

Spencer, a no-party preference voter, alleges, "Unacceptable partisan behavior by some elected officials," and specifically names Hestrin. She claims he demanded she remove a ballot drop-box outside the Registrar's headquarters in Riverside, allow undercover agents at polling places, and make her staff photograph the license plates of those who drop off multiple ballots but refuse to identify themselves.

"It has become abundantly clear that the inappropriate behavior and unlawful interference with my job duties and responsibilities will not stop," Spencer wrote.

Hestrin has denied ordering Spencer to do anything, and calls her allegations "unfounded."

In a February letter from Hestrin to county officials, he criticized spencer, writing, "…baseless allegations and nefarious insinuations designed to polarize and politicize a non-partisan issue, suggest more of a desire to evade public scrutiny of existing practices under her leadership, than any real effort to prevent voter disenfranchisement and protect election integrity."

Hestrin says his office was looking into "citizen complaints of her policies or practices" adding, "The registrar should welcome all inquiries into any alleged irregularities or citizen complaints to ensure not only that the residents of Riverside County continue to have faith in our election process, but to also rectify any public perception of voter disenfranchisement."

Spencer has hired an attorney and said she's alerted state and federal law enforcement because in her view, "It has become clear that nothing will be done at the local level."

The I-Team reached out to both spencer and her attorney on Thursday morning, but have not heard back.

We also reached out to the county DA's office but it too has not responded to my request for comment.