In a South Florida war room, occupied most days by a party of one, a former President of the United States is plotting his return — and his revenge.

He typically spends mornings on his nearby golf course, making and taking calls from a golf cart that doubles as his mobile, and self-driven, office. The multiple trips to the links in the last few weeks have served to accomplish a long-promised goal, says someone who spent time with him recently: Donald Trump claims he has increased his drive by 20 yards, a new favorite brag to golfing partners, or anyone who will listen.

Eighteen holes later, he leaves his Trump International Golf Club and returns to Mar-a-Lago, where he retreats within his quarters to his own private living space, separate from that of his wife, and ponders two main questions: Who is with him? And who is against him?

According to multiple people familiar with Trump’s current habits, who requested anonymity to speak freely to CNN about the former President’s day-to-day focus, his stated goal — barring impact from ongoing criminal investigation — is to run for president again, in 2024. Of course, he has no incentive to rule it out right now — keeping himself in the mix helps sustain his kingmaker role. Looking to flex on 2022, he hopes to prove to both critics and supporters that he is the GOP’s most effective puppeteer — a role he will likely remind the party of during his weekend appearance at Conservative Political Action Conference.

His short-term goal includes watching his son Donald Trump Jr., the MAGA base’s fervent mouthpiece, barnstorm his way across the country on behalf of Trump loyalists and supporters for midterms.

“Once 2022 kicks into high gear, expect Don (Trump Jr.) to be an extremely active presence on the campaign trail,” a person who works with Trump Jr. told CNN, confirming not only the younger Trump’s taste for political battle but that of the former President, as well.

Donald Trump’s influence on the elections is becoming clearer by the day. Just Tuesday, former Sen. David Perdue announced that he will not launch a campaign, though he had very recently filed papers to do so. The decision follows close on the heels of Perdue’s recent visit to Palm Beach, where he played golf with Trump, says a person familiar with the Georgia Republican’s schedule.

On Tuesday evening, according to The Washington Post, Trump held court with Ronna McDaniel, chairwoman of the Republican National Committee. The quest, say those familiar with the visits and calls of varying Republican politicos, is to feel out where the former President’s head is on the party’s future, and whether he feels inclined to assist or oppose a particular person.

“We’ve seen this for years now — Trumpian offers of encouragement that are more like the mafioso ‘nice little business you have here’ threats,” says Doug Heye, a longtime Republican strategist and consultant who formerly worked in senior communications roles for leadership on Capitol Hill. “The problem for these candidates moving forward is that despite always hustling to score points, Donald Trump doesn’t give points, he only takes them away. One at a time.”

At Mar-a-Lago, the family is closing ranks around the former President, and his plans, but the leader of next-gen Trump politics is not Ivanka Trump, long thought to be heiress to her father’s domain, be it real estate or politics. She’s been the subject of effusive comments from Trump: In 2019, in the same breath, he touted Ivanka Trump for both US ambassador to the United Nations and head of the World Bank, and in an interview with The Atlantic he said she would be “very hard to beat” if she were to run for president herself. But apparently Ivanka Trump not only has zero interest in politics at the moment, three people close to her tell CNN, she also has been surpassed in popularity with Trump’s base by her older brother.

In 2019, it was clear that Trump Jr. was the ranting Republican hype-man the base couldn’t live without. Trump Jr. was not only in high demand for appearances and events, but he also was filling rooms, spewing conspiracy theories on social media, freewheeling with his attacks on Democrats, so-called RINOs (Republicans in Name Only) and anyone who did not agree with Trump’s theories and policies — truthful or no.

Ivanka Trump, ensconced now in an expensive seaside Miami condominium while a new mansion nearby is set for build on a $30 million plot purchased late last year, wants “nothing to do with politics,” a friend of hers said of her current state of mind.

Instead, she is “getting her family settled, and that’s her only focus,” said the friend.

Trump has been to Mar-a-Lago to visit her father since moving to Florida, says another person familiar with her comings and goings, but her interest in discussing her dad’s next pass at the White House is nil. The five years Trump spent on the campaign and in the White House “was a lot,” her friend told CNN, and talk of a political future is verboten. Paparazzi have captured shots of Trump in recent weeks, mostly lounging on the beach adjacent to her new home. One day she was spotted reading “The Book of Joy” by the Dalai Lama.

But the absence of interest in political engagement, if understandable, paves the way for her brother to shine even brighter in his dad’s orbit — even if he is not the favored child. (In an interview in 2019, Trump said of his older son, “Don is, uh, he’s enjoying politics; actually, it’s very good.”)

Trump Jr. and his girlfriend, Kimberly Guilfoyle, have served as highly effective surrogates for his father for close to three years, about as long as the couple have been a couple, and they show no sign of slowing down. Next week the pair will host a high-dollar meet-and-greet fundraiser at Mar-a-Lago, for South Dakota’s Republican governor, Kristi Noem, a person with knowledge of the event told CNN.

Noem is up for reelection in 2022, and the $1,000-per-person event will technically be Trump and Guilfoyle’s first official foray into the election cycle. The party’s VIP experience, according to the person familiar, includes participation in a roundtable discussion with Noem, Trump and Guilfoyle, as well as a photo — the price of the upgraded face time is $4,000 per person. No word on whether the former President will make an appearance, but Noem is a friend — she once gifted the then-President with an $1,100 4-foot replica of Miount Rushmore with his face included, according to a New York Times report.

Like his sister, Ivanka Trump, and his half-sister, Tiffany Trump, who also recently made a move to Miami, Trump Jr. intends to make the Sunshine State his permanent residence. Two people with knowledge of the situation said he intends to move closer to his ex-wife, Vanessa Trump, and the couple’s five children.

Vanessa Trump spends a good deal of the year in Jupiter, Florida, where her ex-husband has been eyeing an $11 million waterfront mansion in the town’s exclusive Admiral’s Cove development. A person familiar with Trump Jr.’s ventures would not confirm the purchase of the home, which, according to real estate records, is under contract pending sale, and a representative of the real estate firm handling the sale would not comment to CNN on speculation Trump is the buyer.

But the commitment to Florida, an enthusiastically Trump-friendly state the former President won last November — indicates the Trumps aren’t tied to New York City as their hub. Besides, it’s much more pleasant for Trump to host his visitors at Mar-a-Lago, which has a built-in audience of members, many of whom are also sycophants.

One person familiar with Trump’s activities at Mar-a-Lago says he’s more and more acting as CEO of the club, involved in operations, renovations and membership. For a time, his Palm Beach neighbors expressed disdain that Trump would be living mere blocks from their multimillion-dollar mansions — a disruption they no longer wished to endure after the last four years of security and privacy challenges.

“I really don’t think most Palm Beachers are even thinking about Trump any longer. He really never leaves his two clubs,” said Laurence Leamer, a part-time Palm Beach resident and author of two tell-alls about the area, “Madness Under the Royal Palms” and “Mar-a-Lago: Inside the Gates of Power at Donald Trump’s Presidential Palace.”

Trump is habitual, which makes it all the easier for those who want to find him, to seek his blessing or beg forgiveness for turning their backs, a practice Heye thinks will only increase in the months to come.

“For many, the fealty never ends. But part of Trump’s bet when his campaign became serious was that the party would bend to him, he would not bend to the party. He was right,” he said. 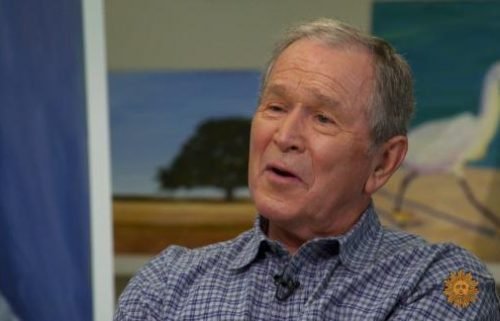 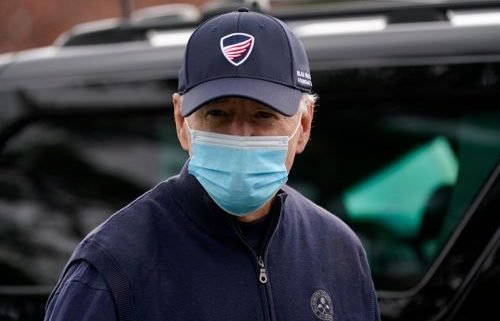 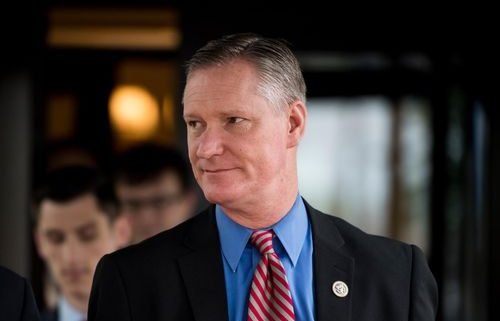 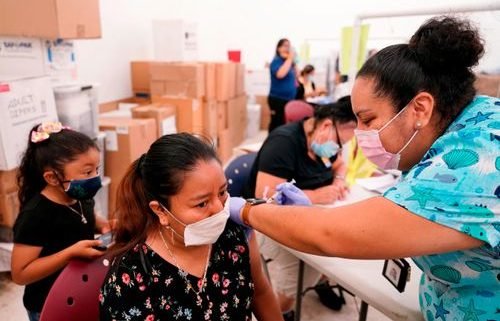