The federal criminal investigation into former President Donald Trump’s potential mishandling of classified documents ramped up this week in significant and unprecedented fashion, with the FBI executing a search warrant at Trump’s home at his Mar-a-Lago resort.

The Justice Department inquiry is about documents that Trump removed from the White House as his term was ending in January 2021. Earlier this year, officials from the National Archives and Records Administration, known as NARA, recovered 15 boxes of presidential documents from Mar-a-Lago.

Trump’s lawyers previously worked with NARA to voluntarily turn over some documents, but the Mar-a-Lago search clearly indicates a new phase of the probe. Trump has denied all wrongdoing and claims the investigation is a politically motivated sham, intended to derail his potential bid to return to the White House.

Here’s a timeline of the key moments from the blockbuster investigation.

An official from NARA contacts Trump’s team after realizing that several important documents weren’t handed over before Trump left the White House. In hopes of locating the missing items, NARA lawyer Gary Stern reaches out to someone who served in the White House counsel’s office under Trump, who was the point of contact for recordkeeping matters. The missing documents include some of Trump’s correspondence with North Korean leader Kim Jong Un, as well as the map of Hurricane Dorian that Trump infamously altered with a sharpie pen.

NARA grows frustrated with the slow pace of document turnover after several months of conversations with the Trump team. Stern reaches out to another Trump attorney to intervene. The archivist asks about several boxes of records that were apparently taken to Mar-a-Lago during Trump’s relocation to Florida. NARA still doesn’t receive the White House documents they are searching for.

After months of discussions with Trump’s team, NARA retrieves 15 boxes of Trump White House records from Mar-a-Lago. The boxes contained some materials that were part of “special access programs,” known as SAP, which is a classification that includes protocols to significantly limit who would have access to the information. NARA says in a statement that some of the records it received at the end of Trump’s administration were “torn up by former President Trump,” and that White House officials had to tape them back together. Not all the torn-up documents were reconstructed, NARA says.

News outlets, including CNN, report that NARA asked the Justice Department to investigate Trump’s handling of White House records and whether he violated the Presidential Records Act and other laws related to classified information. The Presidential Records Act requires all records created by a sitting president to be turned over to the National Archives at the end of their administration.

NARA informs the Justice Department that some of the documents retrieved from Mar-a-Lago included classified material. NARA also tells the department that, despite being warned it was illegal, Trump tore up documents while he was president, and that senior officials in the Trump administration did not properly preserve their social media messages, draft tweets and deleted tweets.

On April 7, NARA publicly acknowledges for the first time that the Justice Department is involved, and news outlets report that prosecutors have launched a criminal probe into Trump’s mishandling of classified documents. Around this time, FBI agents quietly interview Trump aides at Mar-a-Lago about the handling of presidential records as part of their widening investigation.

The FBI asks NARA for access to the 15 boxes it retrieved from Mar-a-Lago in January. The request was formally transmitted to NARA by President Joe Biden’s White House Counsel’s office, because the incumbent president controls presidential documents in NARA custody.

The Justice Department sends a letter to Trump’s lawyers as part of its effort to access the 15 boxes, notifying them that more than 100 classified documents, totaling more than 700 pages, were found in the boxes. The letter says the FBI and US intelligence agencies need “immediate access” to these materials because of “important national security interests.” Also on this day, Trump lawyers ask NARA to delay its plans to give the FBI access to these materials. Trump’s lawyers say they want time to examine the materials to see if anything is privileged, and that they are making a “protective assertion of executive privilege” over all the documents.

Trump’s lawyers write again to NARA, and ask again that NARA postpone its plans to give the FBI access to the materials retrieved from Mar-a-Lago in January.

Debra Steidel Wall, the acting Archivist of the United States, who runs NARA, informs Trump’s lawyers that she is rejecting their claims of “protective” executive privilege over all the materials taken from Mar-a-Lago, and will therefore turn over the materials to the FBI and US intelligence agencies. In a four-page letter, Wall says she reached this decision after consulting with top lawyers from the Justice Department and the White House Counsel’s office.

The Justice Department subpoenas Trump, seeking documents with classification markings that are still at Mar-a-Lago. Trump directs his staff to search for any remaining classified material, to comply with the subpoena, according to a lawsuit he later filed.

News outlets report that investigators subpoenaed NARA for access to the classified documents retrieved from Mar-a-Lago. The subpoena, which is part of the process to allow investigators to take possession of the documents from the NARA, is the first public indication of the Justice Department using a grand jury in its investigation.

According to a lawsuit the former President later filed, Trump invites FBI officials to come to Mar-a-Lago to retrieve the subpoenaed materials.

Four investigators, including a top Justice Department counterintelligence official, visit Mar-a-Lago seeking more information about classified material that had been taken to Florida. The four investigators meet with Trump’s attorneys and look around the basement room where the documents are being stored. Trump briefly stops by the meeting to say hello to the officials, but he does not answer any questions. During the meeting, the federal officials deal with the grand jury subpoena for some of the sensitive national security documents on the premises, and they take away the subpoenaed documents. At some point later in June, a Trump lawyer sends a letter to the Justice Department inaccurately asserting that there aren’t any more classified documents at Mar-a-Lago.

Trump’s attorneys receive a letter from federal investigators, asking them to further secure the room where documents are being stored. In response, Trump aides add a padlock to the room in the basement of Mar-a-Lago.

Federal investigators serve a subpoena to the Trump Organization, demanding surveillance video from Mar-a-Lago. Trump’s company complies with the subpoena and turns over the footage. CNN has reported that this was part of an effort to gather information about who had access to areas at the club where government documents were stored.

The FBI executes a search warrant at Mar-a-Lago — a major escalation of the classified documents investigation. The search focused on the area of the club where Trump’s offices and personal quarters are located. Federal agents remove boxes of material from the property. The search was the first time in American history that a former president’s home was searched as part of a criminal investigation.

Trump sends a message through one his lawyers to Attorney General Merrick Garland, saying he has “been hearing from people all over the country about the raid” who are “angry,” and that “whatever I can do to take the heat down, to bring the pressure down, just let us know,” according to a lawsuit he later filed. Hours later, after three days of silence, Garland makes a brief public statement about the investigation. He reveals that he personally approved the decision to seek a search warrant, and that the Justice Department will continue to apply the law “without fear or favor.” Garland also pushes back against what he called “unfounded attacks on the professionalism of the FBI and Justice Department.” Garland also announces that the Justice Department will ask a judge to unseal some of the search warrant documents, for the sake of transparency.

Federal Magistrate Judge Bruce Reinhart approves the unsealing of the Mar-a-Lago search warrant and its property receipt, at the Justice Department’s request and after Trump’s lawyers agree to the release. The warrant reveals the Justice Department is looking into possible violations of the Espionage Act, obstruction of justice and criminal handling of government records, as part of its investigation.

Trump files a federal lawsuit seeking the appointment of a third-party attorney known as a “special master” to independently review the materials that the FBI seized from Mar-a-Lago. In the lawsuit, Trump’s lawyers argue that the Justice Department can’t be trusted to do its own review for potentially privileged materials that should be siloed off from the criminal probe.

Federal District Judge Aileen Cannon, a Trump appointee who is presiding over Trump’s civil lawsuit, announces her “preliminary intent” to appoint a special master to examine the seized Mar-a-Lago materials.

In a major ruling, Cannon grants Trump’s request for a special master to review the seized materials from Mar-a-Lago. She says the special master will have the power to look for documents covered under attorney-client privilege and executive privilege. The outcome is a major victory for Trump.

Cannon appoints senior Judge Raymond Dearie to serve as the special master and sets a November 30 deadline for the Brooklyn-based federal judge to finish his review of the seized materials. Cannon also rejects the Justice Department’s request to temporarily pause two key portions of her earlier ruling, which prosecutors claimed were hampering their ongoing criminal probe.

This story has been updated with additional developments. 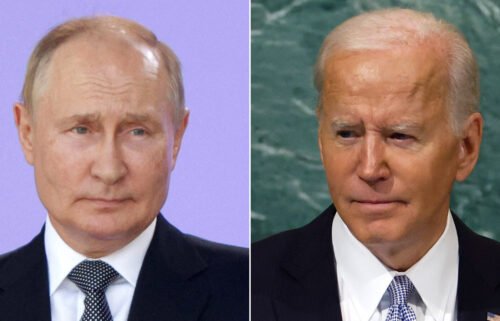 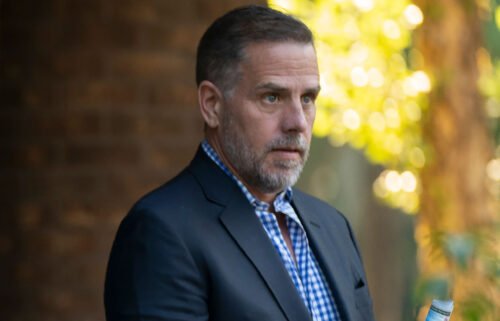 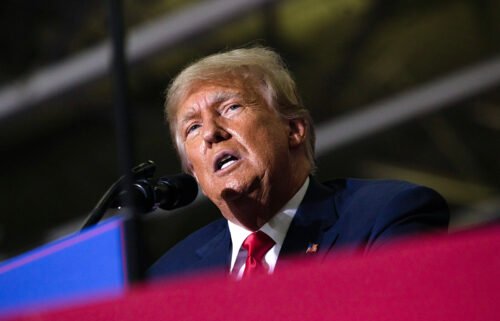