Farideh Moradkhani, the niece of Iran’s Supreme Leader Ayatollah Ali Khamenei, has been arrested after calling on foreign governments to cut all ties with the Iranian government.

Moradkhani was arrested on Wednesday when she went to the prosecutor’s office in response to a court order, according to a tweet from her brother Mahmoud Moradkhani.

In a video statement shared by her brother prior to her arrest, Moradkhani called on people around the world to urge their governments to cut ties with the Iranian regime amid protests sweeping the nation, and to ask their governments to “stop any dealings with this regime.”

“Oh, free people, be with us and tell your governments to stop supporting this murderous and child-killing regime. This regime is not loyal to any of its religious principles and does not know any laws or rules except force and maintaining its power in any possible way,” she said.

“Now in this critical moment in history, all of humanity is observing that Iranian people, with empty hands, with exemplary courage and bravery are fighting with the evil forces,” she said. “At this point in time, the people of Iran are carrying the burden of this heavy responsibility alone by paying with their lives.”

Farideh Moradkhani said Iranians are at war with governments who support the Iranian regime, and called on democratic countries to recall their representatives from Iran and expel the representatives of Iran from their own countries.

“What is urgently needed is not to support this regime that killed thousands of Iranians in four days in November 2019 while the world was only watching,” she added.

Farideh and Mahmoud Moradkhani are the children of Ali Tehrani, a cleric and longtime opposition figure who was married to the supreme leader’s sister Badri Hosseini Khamenei. Tehrani died last month.

Farideh Moradkhani has been arrested by the regime before. She was arrested on January 13 while on her way home. Following her arrest Iranian security reportedly searched Moradkhani’s house and seized some of her belongings, according to human rights organizations.

Iran’s ongoing protest movement was initially sparked by the death of 22-year-old woman Mahsa Amini in the custody of Iran’s morality police in September.

The unprecedented national uprising has taken hold of more than 150 cities and 140 universities in all 31 provinces of Iran, according to United Nations High Commissioner for Human Rights Chief Volker Turk.

More than 14,000 people, including children, have been arrested in connection with the protests, according to Turk. He said that at least 21 of them currently face the death penalty and six have already received death sentences.

The violent response of Iran’s security forces toward protesters has shaken diplomatic ties between Tehran and Western leaders.

On Saturday, Khamenei praised the country’s Basij paramilitary force for its role in the deadly crackdown on anti-regime protesters.

Meeting with Basij personnel in Tehran on Saturday, Khamenei described the popular protest movement as “rioters” and “thugs” backed by foreign forces and praised “innocent” Basij fighters for protecting the nation.

The Basij is a wing of Iran’s Revolutionary Guard and has been deployed to the streets as protests have swelled. 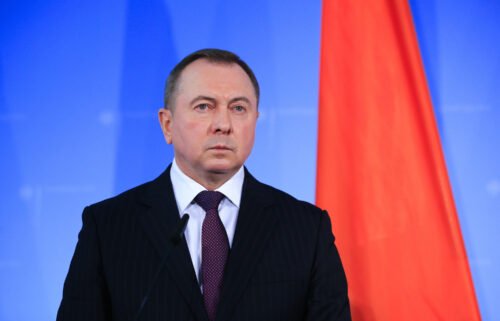 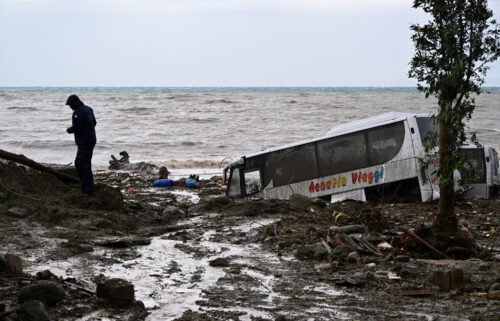 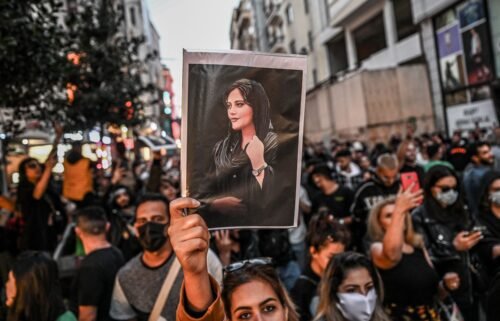