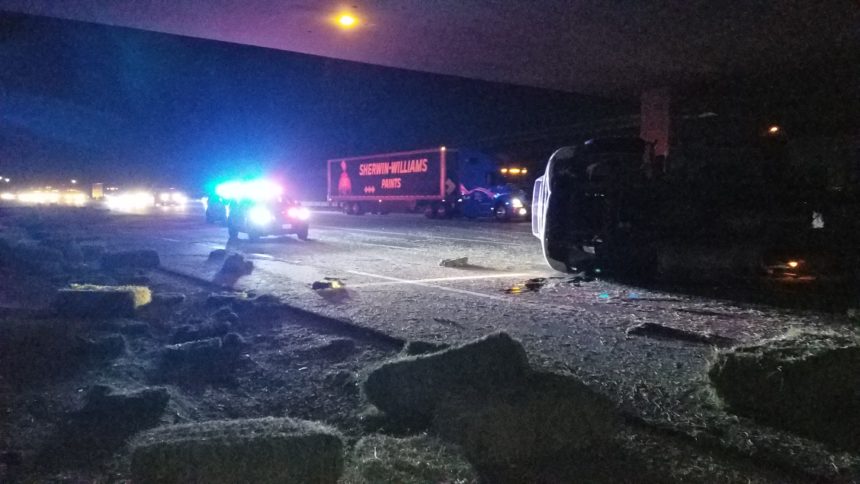 Traffic was backed up for more than 3 miles at the scene of a big rig semi-truck that rolled onto its side along Interstate 10 in Palm Desert early Wednesday morning.

The crash, involving a truck hauling hay, was backing up westbound freeway traffic from Cook Street to Jefferson Street in Indio. The CHP reopened two traffic lanes so vehicles were beginning to move again.

The wreck was reported at 4:16 a.m. under the Cook Street interchange.

The truck's driver was helped out of his rig. He was not injured and seen on his cell phone shortly after losing control of the truck.

The CHP shut down two traffic lanes due to bales of hay and the overturned truck blocking the middle, slow and on-ramp lanes. A SigAlert was issued to warn motorists of lane closures.