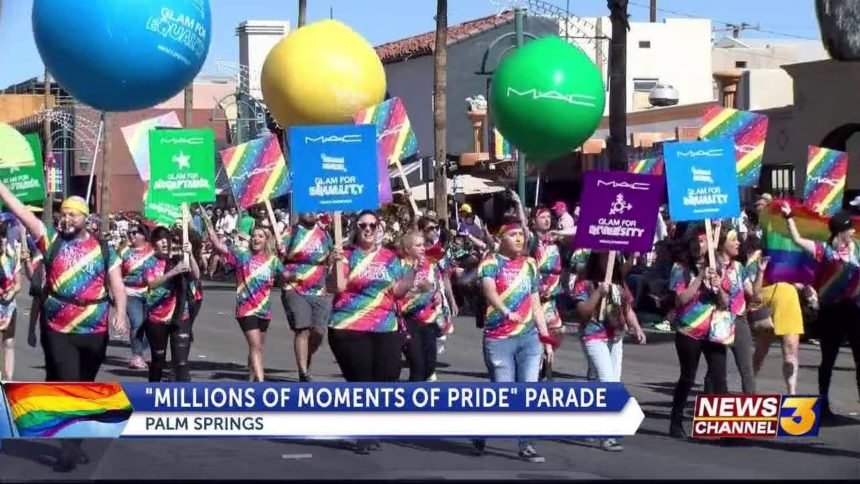 It's a parade many are waiting to see all year.

“People were shouting out for us they loved it and we were so proud to be there," said Gordon.

And for some it's their very first time seeing the parade.

“Absolutely amazing i have never seen anything like it," said Gail Edwards from Scotland.

Plus, there was some campaigning and sideline commentary.

Participants ranged from all ages and from different organizations.

Owen Tomasko walked in the parade with peers in support of Gay Straight Alliance in local schools and hopes to participate again next year.

“It was really heartwarming. My friends and I got a little teary and it was really accepting and really nice to know that people were there who care for you," said Tomasko.  I definitely am. It’s such a fun experience to have its just really exciting.”

But for Malia Dailey, a resident from Palm Springs wanted a different experience.

“I used to watch it and I thought maybe I would walk it. So it was cool handing out fans and stuff and keeping people cool. It’s a wonderful parade," said Dailey.

Dailey hopes more will join on the fun next year.

“It’ll give you a different perspective of the parade from the sidelines to being in it and you get to see people ooh and aww and this. It is fabulous. You can’t beat it," said Dailey.