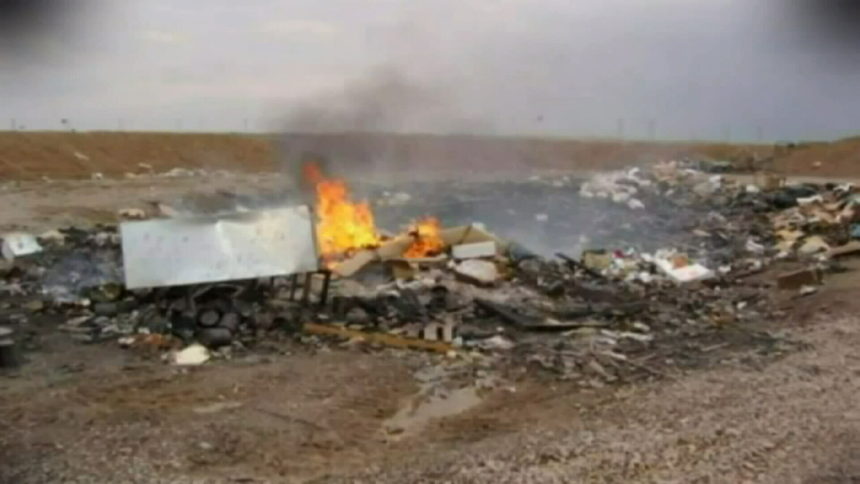 Two burn pits provisions authored by Ruiz were passed as part of the $738 billion National Defense Authorization Act (NDAA) for Fiscal Year 2020. The provisions call for the Department of Defense to produce an implementation plan to end the use of active burn pits and provide a comprehensive list of all locations where military burn pits have been used by the military.

"Having the list of toxic burn pit locations will help VA providers and veterans identify who is at risk for cancers and autoimmune and pulmonary diseases in order to provide treatment quickly and save lives," Ruiz said.

"A list of all burn pit locations will hopefully one day lead to declassify all air samplings from these locations," said Rosie Torres, Executive Director of Burn Pits 360, a veteran's organization dedicated to ending burn pits.

Burn pits were used as the primary way to get rid of waste and garbage on American military bases during the conflicts in Iraq and Afghanistan. According to the department of veterans affairs, hundreds of tons of waste were burned each day including plastics, Styrofoam, petroleum products, human waste, and other items.

Many service members and veterans exposed to burn pits ended up suffering from pulmonary issues, insomnia, cancer, and rare illnesses.

The bipartisan, bicameral NDAA provides funding for defense spending and military priorities. The legislation will now head to President Donald Trump’s desk for his signature.

News Channel 3's John White spoke with one local veteran who was at the forefront of highlighting the dangers of burn pits. Cathedral City resident Jennifer Kepner went to Iraq in 2006 and served as an Air Force medic.

Years after her service, she was diagnosed with pancreatic cancer. Kepner lived a healthy lifestyle and had no previous family history of the disease, leading to an oncologist to attribute the cause was an open air burn pit that Kepner was exposed to during her tour of duty at Joint Base Balad, Iraq.

Kepner lost her battle with cancer in October 2017 at the age of 39, she left behind a husband and two children. After her passing, her husband continued her fight to end burn pits.

It's one of the many pieces of legislation Ruiz has introduced on the issue.

In March, Ruiz introduced H.R. 1381, the Burn Pit Registry Enhancement Act, which allows the VA Burn Pits Registry to be updated with the cause of death of deceased registered veterans.