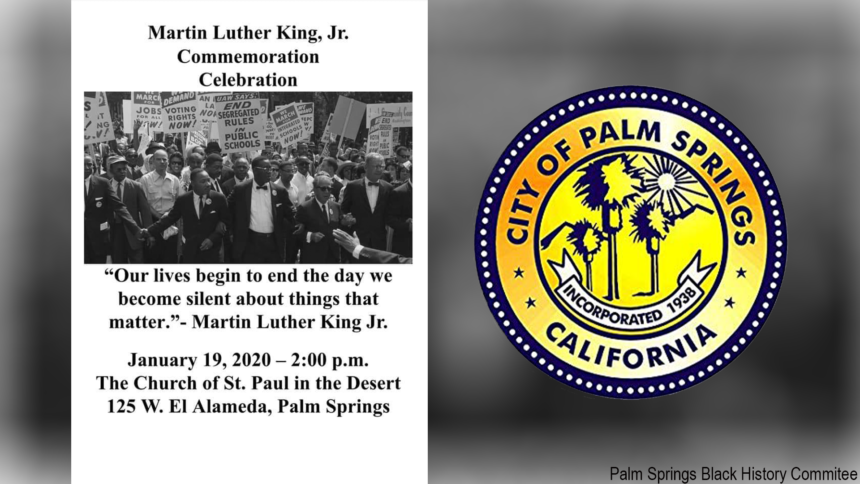 The Rev. Martin Luther King Jr. will be remembered Sunday in Palm Springs in a program planned a day before the national holiday honoring the slain civil rights leader.

Agua Caliente Band of Cahuilla Indians Chairman Jeff Grubbe is scheduled to give the keynote address at the event slated to begin at 2 p.m. at the Church of St. Paul in the Desert, 125 W. El Alameda.

The city of Palm Springs is proud to invite the entire Coachella Valley community to celebrate Dr. King's extraordinary accomplishments,'' said Jarvis Crawford, chair of the city's Commemoration Committee.Everyone is welcome to join us.''

On Saturday, the Martin Luther King Jr. Basketball Classic will be held at the Demuth Community Center, 3601 E. Mesquite Ave. The tournament costs $10 per player and kicks off at 10 a.m.

King, who would have turned 91 today, is known for using nonviolence and civil disobedience in his struggle for civil rights, which earned him the Nobel Peace Prize in 1964. He was cut down by an assassin's bullet on April 4, 1968, as he stood on the second-floor balcony of the Lorraine Motel in Memphis, Tennessee.