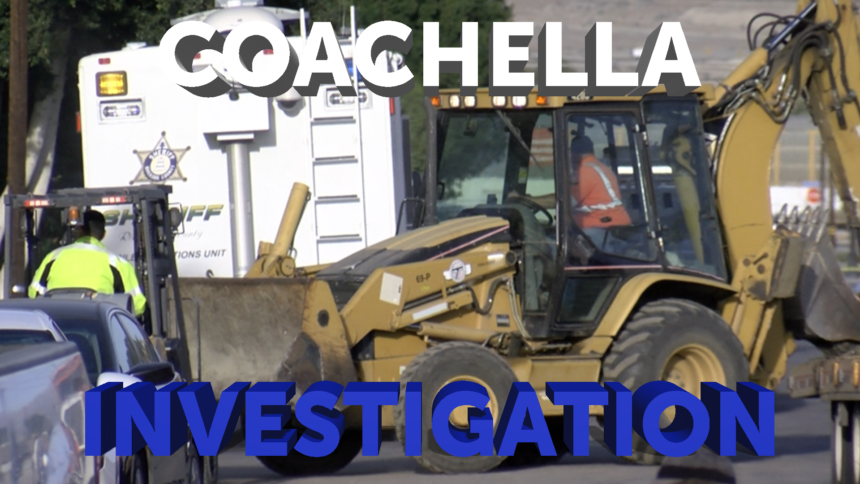 Investigation at a residential neighborhood in Coachella concluded for the day.

A stretch of Fourth Street between Cesar Chavez Street and Palm Avenue in Coachella was closed to thru traffic due to a warrant service as part of a follow-up to a previous case, according to the Riverside County Sheriff's Department.

The department said Friday investigators were on the scene to serve a search warrant at a house on the block, adding there was no public threat.

A sheriff's forensics vehicle has been on the scene since Wednesday.

Neighbors who spoke with News Channel 3 on Wednesday reported being woken up by gunfire at 2 a.m.

Heavy machinery was seen digging up dirt Thursday at a house on the block, and authorities were seen stacking pallets of cinder blocks at the house, the station reported.

Sheriff's officials have not specified when the block will reopened to the public.