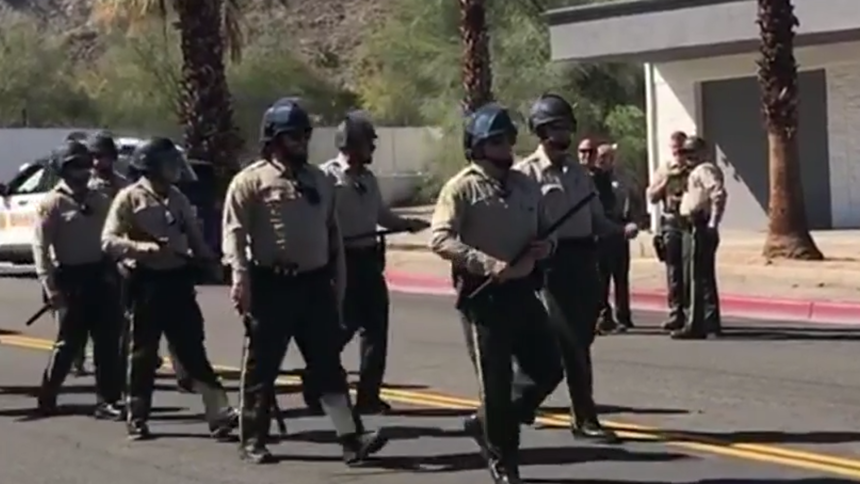 The deputies were seen around noon near the intersection of Highway 111 and Indian Trail.

Protestors opposed to the president, as well as supporters have lined both sides of the street since this morning.