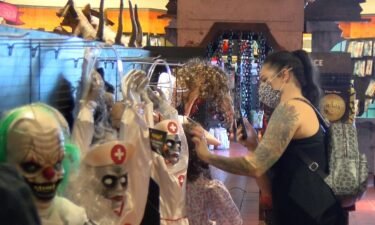 BANNING (CNS)- A Palm Springs woman pleaded not guilty today to
kidnapping and child cruelty charges for the alleged kidnapping of her 4-month-
old-niece in Cathedral City.
Julia Anne Schoolcraft, 31, was arrested Sept. 18, a day after
allegedly stealing her brother's vehicle with his child still inside, according
to Officer Andrew Diaz of the Cathedral City Police Department.
Schoolcraft is charged with one felony count each of kidnapping,
willful child cruelty and taking a vehicle without owner consent.
During her arraignment at the Banning Justice Center Friday,
Schoolcraft pleaded not guilty to the charges and was ordered to return for a
felony settlement conference Oct. 5.
She was being held at the Smith Correctional Facility in Banning on
$80,000 bail.
The California Highway Patrol issued an Amber Alert on behalf of
Cathedral City police at 4:16 a.m. on Sept. 18. Authorities said the child was
last seen with Schoolcraft, a parolee-at-large with an extensive criminal
history, at approximately 11 p.m. on Sept. 17 near Date Palm Drive and Adelina
Road.
``The father of the infant reported his sister stole his vehicle after
he parked at a local gas station and entered the store to purchase milk,''
Diaz said. ``The suspect drove away in the vehicle with the infant in her car
seat.''
Banning police officers located the stolen vehicle at 4:54 a.m. and
arrested Schoolcraft, he said, adding that the infant was not inside the
vehicle.
``Schoolcraft cooperated with officers and led them to where she
dropped off the infant -- a Motel 6 in Beaumont,'' he said. ``The infant was
located in a motel room with friends of Schoolcraft, unharmed. The infant is
now home with her parents.''