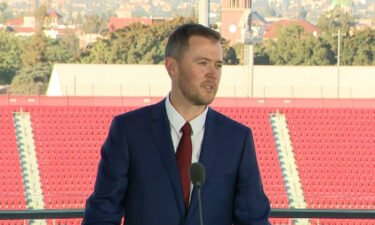 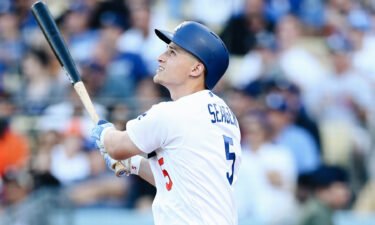 Ty Hershberger is a leader on both the baseball and football teams at Rancho Mirage High School.

If you ask his coaches, they’ll say Ty Hershberger is just special.

“I love the teamwork and being able to rely on another person and just getting to play with all my friends every day,” Hershberger said.

“When things are down, I’m not in the dugout, I’m down the line or something and someone fails, he's that guy that comes and picks them up,” Shaw said.

“He treats every kid with respect, he wants to help,” Matthews said.

Even with high school sports on hold this past year due to the pandemic, Hershberger never stopped working.

“Going to the park, lifting, just doing all the things I need to do to get better,” he said.

Hershberger has three offers right now to play football at the next level. With this upcoming shortened season, he’s hoping to have a few more to choose from.

“To future coaches… sign him! Give him an offer because he deserves it and he will not disappoint you with that 4.17 GPA. He’s the total package,” Matthews said.

His legacy extends beyond the field.

“Personally, for me, legacy-wise, I want my kids, I want my son to grow up to be like [Hershberger]," Shaw said.

“He competes at all aspects of his life, and he’s a role model. He’s what we’re trying to produce at Rancho Mirage High School,” Matthews said.