A Smoke Advisory remains in effect, but winds have shifted and skies are a great deal clearer than yesterday, though air quality is in the moderate range.

Offshore "Santa Ana" winds developed overnight, but are relatively mild. The winds have prompted both Wind Advisories and Red Flag Warnings for the region.

Dew points are sharply lower today because of the Northeasterly winds, so we'll see drier conditions, but that does increase the fire hazard.

Temperatures are also a great deal lower, and we'll break a 71-day streak of highs at or above 100, with highs expected in the mid-to-upper 90s today and tomorrow. This all is thanks to a large area of low pressure dominating the middle of the country.

Temperatures return to near normal by Friday and then heat up a bit for the weekend, but nothing like the record-setting heat of Labor Day Weekend. 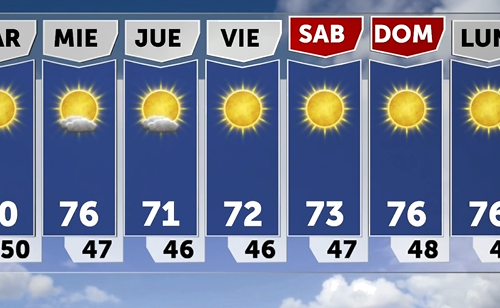 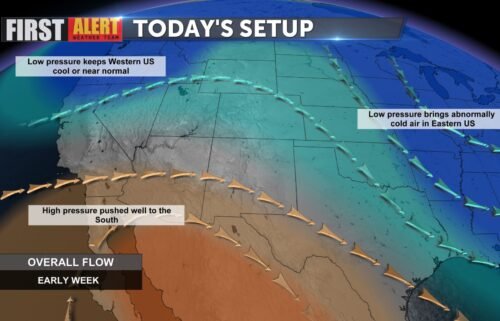