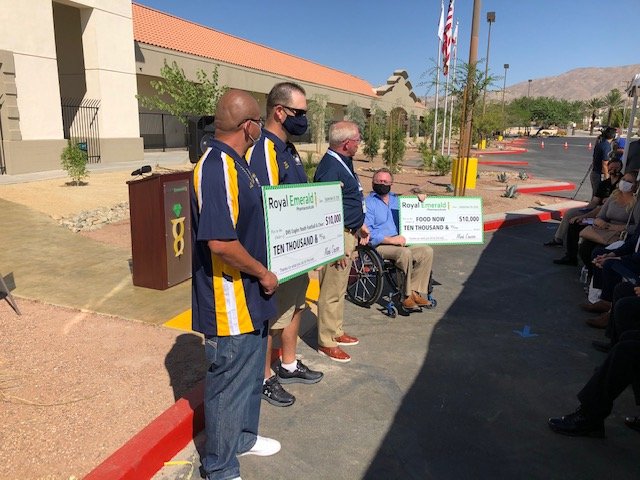 A large crowd turned out Tuesday morning for a ribbon cutting for the new venture for Royal Emerald Pharmaceuticals.

The company moved its entire operations, including 12 employees, from San Diego.

The company is slated to become the first federally licensed cannabis research, cultivation and manufacturing firm.

They have plans to produce drugs using THC and CBD to treat pain and addiction, initially for veterans and first responders.

"Being able to do two things at one time. I'm going to be able to help vets and first responders and I am going to change the footprint of Desert Hot Sprigs in a positive way," said CEO Mark Crozier.

Crozier says over the past 30 days, the company has hired 17 valley residents.

Many of them were at the ribbon cutting.

Starting salaries are $43,000 a year with full benefits.

Most of the initial hires are security.

Manufacturing and agricultural positions will soon be filled according to Crozier.

"So when you can bing jobs that are better than minimum wage jobs and jobs with full benefits it changes the family structure, it changes everything in a town," said Crozier.

The CEO says The best way to apply for a job is to send a resume using the contact link on the company's website.

That's how the company has already received more than 500 resumes.

Job listings are expected to be added to the company website later this year.

The company's plans include hiring upwards of one thousand people over five years.

According to plans, many of them will be working in a yet to be built 3 million square foot facility at another location in the city not yet announced.