A secretary at the Barstow Christian School is facing charges of child molestation, accused of committing sexual acts with a 14-year-old boy who was attending the school.

Kristen Kay Blanton was taken into custody at the school on Monday, January 12, after the investigation revealed she took the victim to various locations in Barstow and committed lewd acts with the boy, according to a release from the San Bernardino County Sheriff’s Department.

The investigation began on January 11 when the victim’s parents discovered inappropriate text messages on his cell phone.

Authorities said Blanton met the victim and his family when he began attending the school at age 13. The sexual acts allegedly occurred between October and December of 2014.

Blanton was booked at the Barstow Jail on several felony counts of child molestation. She posted the $150,000 bail and was released from custody Monday night at 11:30 p.m., according to the sheriff’s department.

Investigators said they’re concerned there may be other victims and urge anyone with information regarding the investigation to call David Clifford at (909) 387-3615. Callers who want to remain anonymous can call the We-tip Hotline at 1-800-782-7463.

The Barstow Christian School teaches children Pre-K through 8th grade, according to the school’s website.

News Channel 3 and CBS Local 2 will deliver updates as the case moves forward. 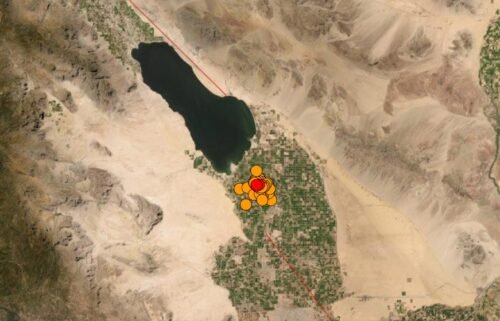