The speed limit on Adams Street in La Quinta is 45. While the speed slows down right in front of Adams Park, many drivers do not.

We went out there with our speed gun to see for ourselves. Just in the three minutes w,e were there, three people pulled over for speeding in this 45 MPH zone.

La Quinta Police do patrol the area and tickets are handed out.

“There have not been any traffic collisions here in 3 years,” Lieutenant Mike Manning with La Quinta Police said.

Not even a fender bender.

Park goers are concerned about the speed, but drivers say they’re upset about the limit.

“This is an issue that comes up a lot, why the speed limits are the way they are. People get surprised by them,” Nazir Lelani, the La Quinta city traffic engineer, said.

Drivers have complained to the city that the lower limit is not necessary since a fence was put up six months ago.

“The city council adopted a resolution establishing the 25 mph for this park and there’s a piece of California Vehicle Code that allows them to do that,” Lelani said.

The city traffic engineer says only the city could reverse it. In the meantime, law enforcement has a message. 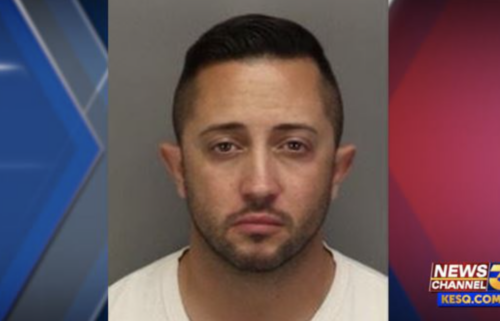