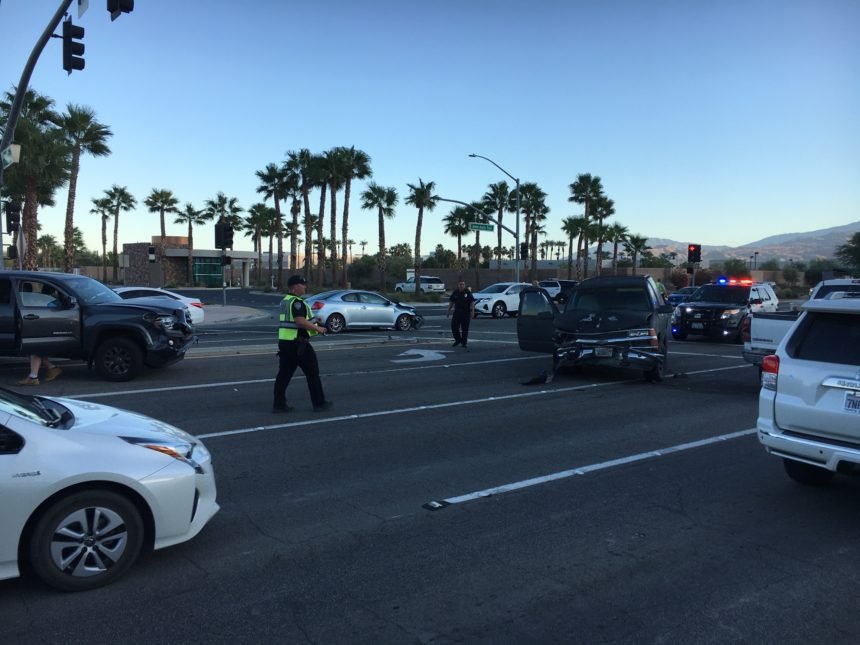 A police pursuit of a wanted parolee in Cathedral City ended in a crash on a Palm Springs roadway Wednesday afternoon.

The pursuit ended on N Gene Autry Trail and Artisan Way in Palm Springs when the suspect vehicle caused a multi-vehicle crash.

Herrera said three occupants of the suspect vehicle then fled on foot. All three suspects were located near East Camino Rojos and Via Roberto Miguel in Palm Springs.

One of the occupants inside the vehicle was identified as Juan Antonio Reyes Jr., 18 of Cathedral City.

The second occupant is an unidentified male juvenile. Both occupants were arrested for resisting, obstructing a police officer and possession of a loaded handgun, according to CCPD.

CCPD revealed that Ortiz was arrested for parole violation(s), assault with a deadly weapon, felon in possession of a loaded handgun, vehicle theft, felony evading police officers and leaving the scene of an injury collision. Other charges are pending.

Herrera confirmed that some people were taken to the hospital with non-life threatening injuries. At this time, police have not disclosed the severity of their injuries or how many people were hospitalized.

The Palm Springs Police Department closed N Gene Autry between Tachevah and Vista Chino due to the crash. The roadway was back open at 4:45 p.m.