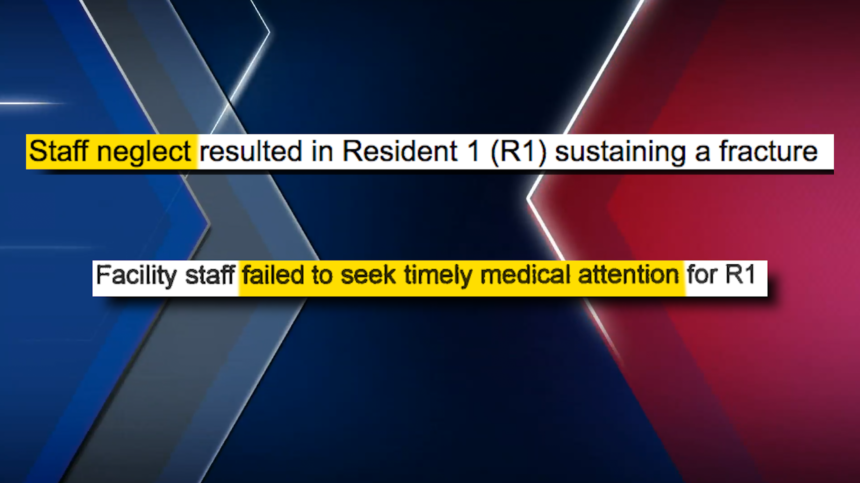 Sunbrook Residential Care is named as a defendant — the elderly care facility in the La Quinta neighborhood Esplanade, where police discovered a man's body in a trash can last Thursday.

"These people should be put out of business," said Steven Peck, attorney with Peck Law Group, the firm filing the lawsuit. "There's no reason for this to happen to anybody at any of these facilities if they're watching."

The suit, filed late last week, is on behalf of 87-year-old Edie Whitman. It alleges that Sunbrook staff neglected her resulting in 18 pressure injuries, or bed sores, on her skin. It also alleges staff dropped her, fracturing her tailbone and requiring its surgical removal, which led to her death one month later.

Pack said it's the result of insufficient staff competence and training.

"This transpires because somebody is not watching," Peck said. "They're not turning a person; they're neglecting a person."

Documents uncovered by News Channel 3 show in an unannounced investigation by the Department of Social Services in September, Community Care Licensing officials substantiated the claims of staff neglect listed in the suit. They found that it took days to take Whitman to the hospital after breaking her coccyx.

"They waited 4 days to get this poor lady to an acute care facility to get proper care," Peck said. "That's a non-event; that should never happen."

The lawsuit seeks an unknown amount of money in damages for the alleged elder abuse and wrongful death of Edie Whitman.

The suspect in last week's murder is set to be arraigned in Indio Tuesday morning.