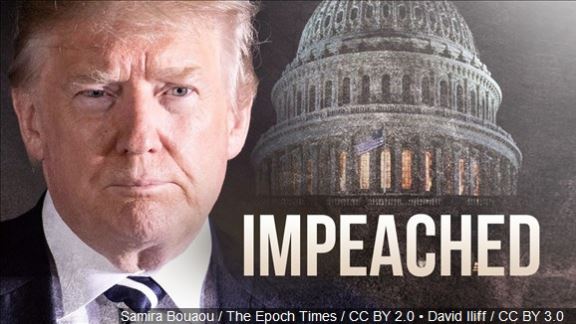 With a difference in opinions, local representatives from both liberal and conservative political groups say the same thing about Wednesday's impeachment of President Trump.

"Any time you have to reach a point where you have to impeach, it's a sad day," said Elle Kurpiewski, political director of the Democratic Headquarters of the Desert.

Miedecke expressed disbelief at the impeachment proceedings, saying there's a lack of tangible evidence tying the president to any wrongdoing.

"I mean, (democrats are) making a big thing out of nothing," she said. "It's a terrible thing. The whole world is laughing at us. And impeached over what? ... Nobody's proved anything that they said."

Kurpiewski said Trump left the House of Representatives with no choice but to impeach him.

"He needed to be made to understand that what he did was wrong and illegal," she said.

She wondered why, if President Trump were innocent, didn't he or White House officials testify as such.

"Why has this president told his people that they cannot testify? That's obstruction of justice to the Congress. That's the second part of the articles of impeachment," Kurpiewski said. "He's done it himself. He has absolutely stopped cold the information that could have been given if he's innocent."

With less than two weeks left in the year, both offices said they have their sights set on 2020. Each said they are putting efforts toward getting local representatives from their respective parties elected, and ultimately garnering support for strong presidential campaigns.