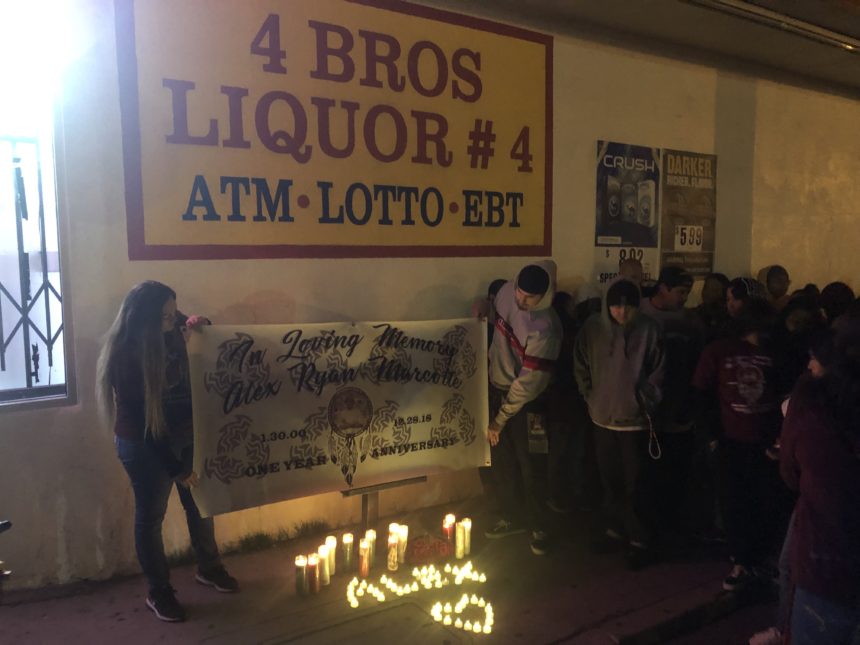 A year later, a Banning family held a vigil outside a liquor store where two relatives were shot. One was killed. The other was paralyzed. A suspect, who is known to police, remains on the loose.

“I want to thank everybody for coming out here tonight. Basically, we are here in the spot that Alex and Dylan were shot," said Jeanette Burns, mother of Alex Marcotte.

Jeanette Burns lost her son Alex Marcotte, 18, who was shot outside the liquor store and left paralyzed.

Jeanette Burns lost her son Alex Marcotte, 18 year old, who was shot outside the liquor store and left paralyzed.

“We feel them all the time...all the time, his smile, his laughter, his hugs," said Kelly Blistan, mother of Dylan Artea.

They dressed in shirts printed with Marcotte's face and his nickname "Honey Boy."

Family and friends also spelled "Alex" with candles in front of the store where he was shot.

They also observed a moment of silence.

"Sadden that we are standing here a year later with no justice," said Burns.

The tribute brought awareness to the family's call for justice. The gathering also included messages of support from the community.

A banner for the young man whose life was taken too soon and candles lit by those who loved him the most.

"Even after a year…it still doesn't see real," said Burns.

The family is strong and will not give up and still looks for answers.

"Frustrated because he is still out there," said Jennifer Blistan, aunt of Alex Marcotte.