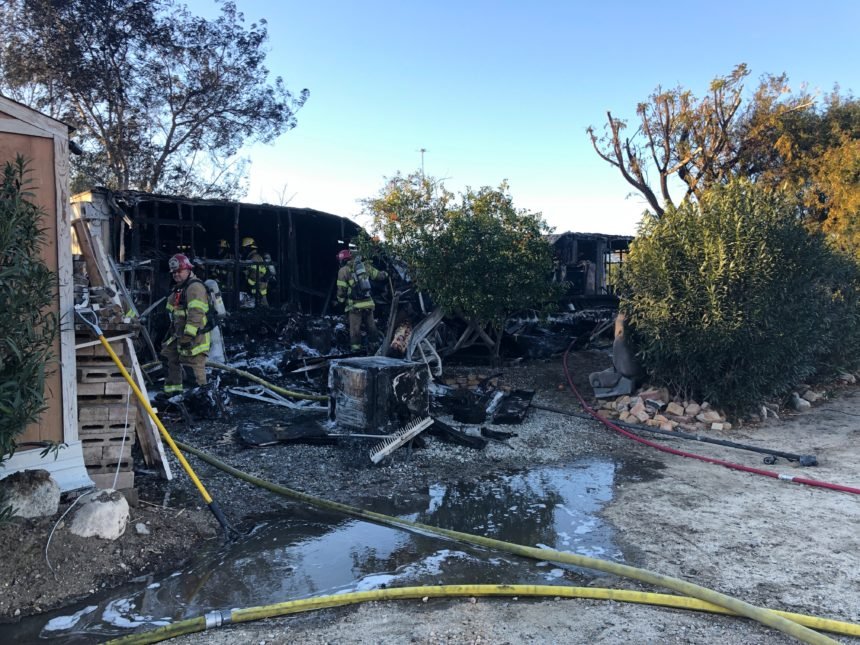 The fire was first reported at approximately 2:52 p.m. inside the Palm Drive Trailer Park on the 14000 block of Palm Drive, according to Cal Fire.

Cal Fire confirmed that all residents of the homes have been accounted for. The American Red Cross was called to assist two adults and a child displaced by the fire.

According to Cal Fire, by 3:20 p.m., the fire was confined to the origin. Crews are working on suppression and containment.

There are currently two chiefs, one breathing support, 9 engines, and 32 firefighters on scene. All resources will remain on scene until around 6:30 p.m.