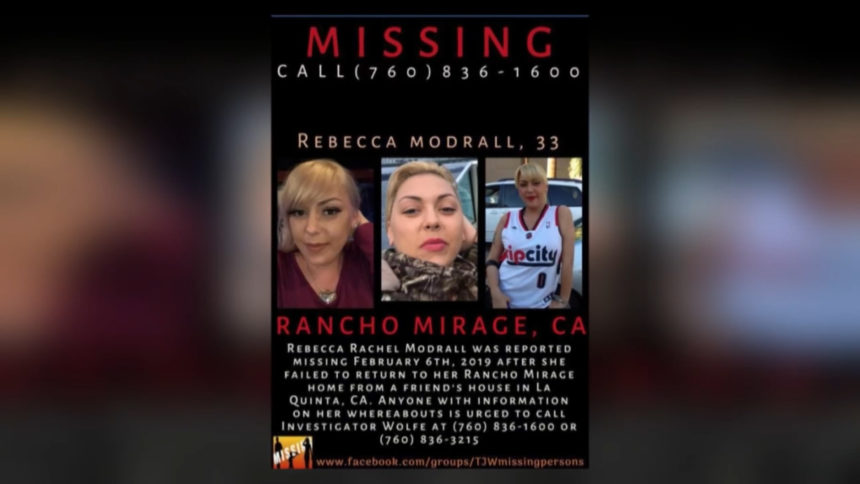 Next month will mark one year since Rancho Mirage resident Rebecca Modrall vanished.

According to family, Rebecca told them she planned to meet her longtime boyfriend, Joe Coker III, at his home in the La Quinta Polo Estates.  After an interaction with a friend at a nearby Walgreens store, friends and family say they were not able to reach her again.

"The not knowing is every parent's worst nightmare...She's a mother. She's a friend she's a cousin. She's our daughter...we're not going to just let this go. We love Rebecca. We want to see justice for Rebecca. And we want truth for Rebecca," said Rebecca's mother, Sarah Modrall.

Rebecca's family will gather for a "Justice for Rebecca" vigil on February 8 at 4:30 p.m. at Freedom Park (Ronald Regan Entrance) on 77400 Country Club Drive in Palm Desert. The public is invited to attend.