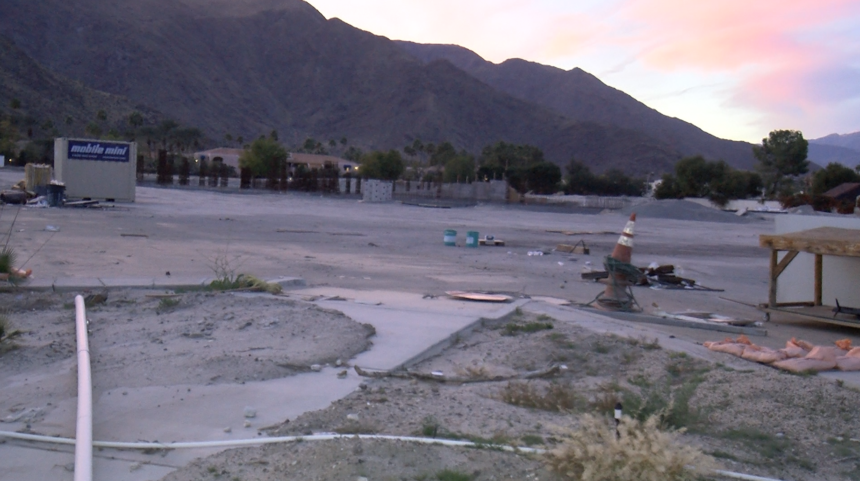 Construction will remain halted at the long-awaited Dream Hotel in Palm Springs – at least for a while longer.

With financing frozen and no end in sight for the project, Palm Springs city council granted a 90-day extension during which developers will work out a construction schedule with strict deadlines that must be met moving forward.

"We're working as hard as we can to make sure that we finish the project," said Lauri Kibbi, a developer of the $140 million project.

City council heard from Kibbi Thursday night, telling her they'd grant the extension as long as they can negotiate a concrete timeline.

"We very much want tight realistic deadlines that we can enforce," said Mayor Pro-Tem Christy Holstege.

"Within the 90 days, we need the full schedule for completion and opening for the hotel," said Mayor Geoff Kors.

Kors and Councilmember Grace Garner will also sit on a subcommittee to get regular progress updates.

Dream developers are not currently violating any city regulations, but many residents have grown sick of the eyesore that the construction site has become since the project broke ground in November 2017.

The delay is due to the project's financing being frozen after the contractor failed to pay its 16 subcontractors. That led to a lien being placed on the project until the debts are paid.

Kibby said 15 of the 16 have now been settled with.

The underground parking garage is completed, and the mayor noted the fencing around the project was successfully replaced at the city's request.

"I'll work with the city to come up with a definitive schedule, which will take us from the 90 days forward to the finish of the project," Kibby said.

"The city does have some tools at its disposal and the city council has made it very clear that if these projects aren’t able to come to completion, they’ll be looking at alternatives," said David Ready, city manager.

The city said fines or even legal action can be taken if the next deadlines aren't met.

In the meantime, the developer said a new safety fence will be put in, as well as some beautification measures to the construction site.

As for when construction will once again begin, Kibby said she just doesn't know.