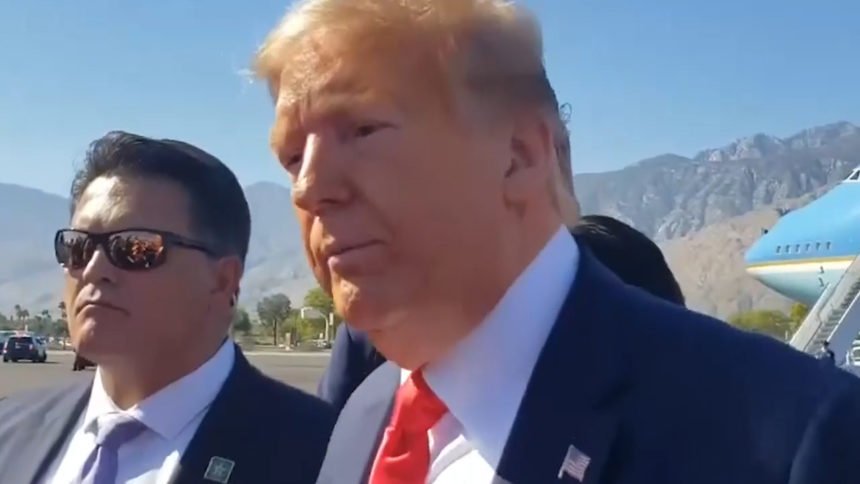 President Donald Trump made his first visit to the Coachella Valley since his election, Air Force One touching down on Palm Springs International Airport on Wednesday morning.

President Trump attended a fundraiser at the home of Oracle CEO Larry Ellison inside Porcupine Creek in Rancho Mirage. Access to the "Golf Outing and Roundtable" ranged in contributions of $100,000 to $250,000.

Valley businessman and entrepreneur Nachhattar Chandi is one of roughly 100 people who made their way to the Ellison Estate for the fundraiser.

"Today if you sat down with the President, it’s just such an honor for me. What he does for the country and for the people," Chandi said.

"They love him. Everyone there was not there just to go see. They’re supporting. They’re there with open arms and open-heart and the energy is, people have no choice NOT to vote for him,” Chandi said.

Chandi has met President Trump four times before seen here at an event last year in Beverly Hills. This time, however, he participating in a round-table discussion with the President.

"People were thanking him what he does for the country thank you you are the savior," Chandi said.

But Chandi says you can't put a price on this president.

"It's not a money matter for me at the end of the day its what I love. Nobody asked me to do this I did it with my own open heart. Well deserved," Chandi said.