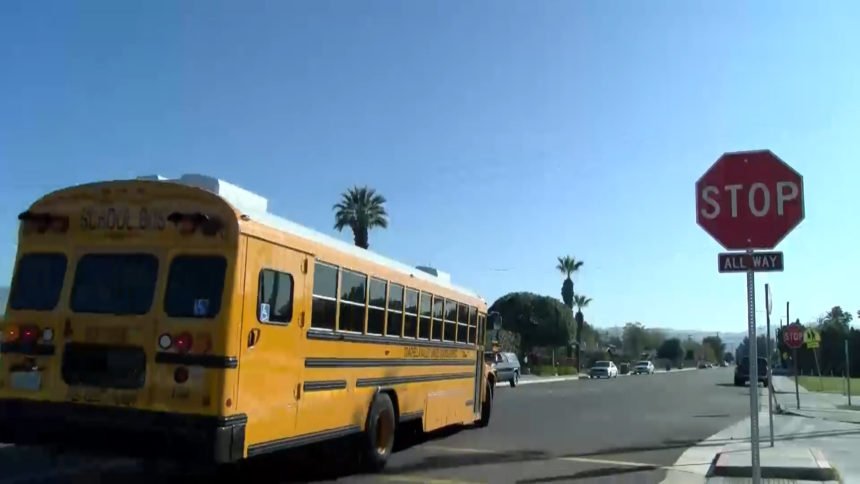 Two bond measures on the ballot on Tuesday, Proposition 13 and Measure G, had the potential to impact valley schools.

Prop 13 in California, not to be confused with the property tax prop by the same name, is a $15-billion bond measure for schools and community colleges.

Measure G is a bond on the ballot for the Coachella Valley Unified School District that supports a $230-million in bonds to build and renovate schools.

Stay up-to-date with how the elections are going. Go to KESQ.com/Election-Results for updates

Cruz Cegoviano, a Coachella mother of three, says she voted "Yes" on Measure G because she believed some things should be improved.

Lizbeth Heredia, a mother of two and Coachella resident, agreed that east valley schools could really use the boost in funding.

"I'm a single parent. Right now I'm going to school and sometimes I don't have the money to give to my kids," Heredia said.

"We kind of need more programs to help our kids," Cegoviano said.

But Measure G would be repaid using funds from an additional property tax. As of now, that's not sitting well with voters and the measure isn't hitting the 55% majority needed to pass.

"I did vote yes. I think about my family all the way to San Francisco…Bakersfield…Los Angeles," Heredia said.

But with a price tag of $740 million per year with interest over the next 35 years, some are not surprised that prop appears to be heading towards a defeat.

"Not really because it's just more funding to the schools. What do they do with all their funding? It almost makes you wonder because California is already a very expensive place to live with all the taxes that we do pay," said La Quinta resident Mark Ericks.

Supporters are banking on those votes yet to be counted.

"We actually still have a great hope that prop 13 will pass," said Julie Arthur, Executive Director of Facilities at PSUSD.

Millions of Prop 13 funds would go towards fixing aging buildings in all three school districts here in the valley.

"If Prop 13 does not pass, it will be the burden on local cities and taxpayers. School districts will have to come back to the local area and the residents to ask for a local school bond," Arthur said.