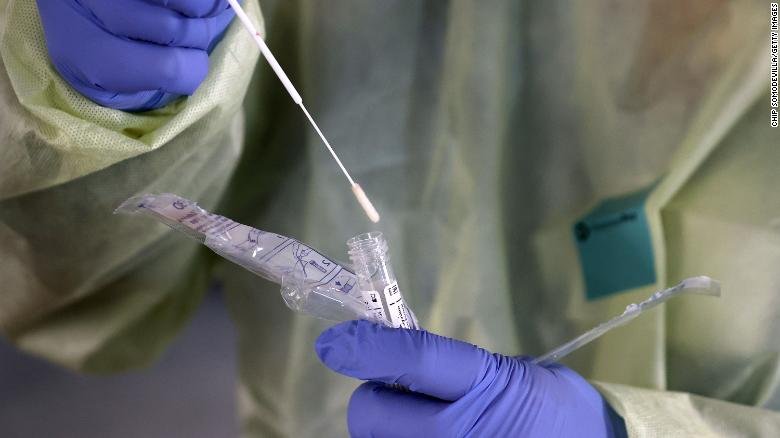 Riverside County officials announced on Friday that testing has expanded to residents who do not have symptoms but want to be tested. Officials said extending out testing to people that didn't show symptoms is part of getting a better idea of how many people have been infected or were asymptomatic.

"How many folks are walking around that are not sick, or don’t think they’re sick enough but are still potentially shedding of virus.? Currently we don’t believe these people are major drivers of outbreaks but we don’t really know how many of them are out there and it’s time to find out," Riverside County Department of Public Health Officer, Dr. Cameron Kaiser said.

The county announced that more than 31,000 tests have been administered throughout the county as of Friday.

"We will no longer be requiring that those who want to be tested have symptoms. You can get a test even if you do not have symptoms of COVID-19. This will allow us to obtain a clearer picture about the spread of the virus in the community," Riverside University Health System Public Health Director, Kim Saruwatari said.

As of April 16, there 2,264 positive cases of coronavirus, with 59 deaths in Riverside County. 472 county residents have recovered.

Health officials stressed the need for testing among children.

If you haven’t noticed there’s a really big hole in our numbers. Not many kids are coming up positive for COVID-19 and it may well be that they’re not sick enough for people to consider testing them. That has important ramifications for our schools," Dr. Kaiser said.

A fifth Riverside County testing site was announced, and is scheduled to open up at the Blythe Fairgrounds in Blythe on Wednesday.

Earlier this week Gov. Gavin Newsom spoke on the importance of having a larger testing capacity. The state created a task force for that purpose.

"That testing task force is aiming to get 100,000 collection kits, the nasal swabs out to counties every week," Saruwatari said.

Although progress has been made with the current shelter-in-place order and 6-foot distancing measures, officials said there is still work to be done before businesses can begin opening back up.

"When the numbers are still going up like they are by nearly 200 cases a day, even in the context of all the testing we’re doing, hat just means we’ve bent the curve a little bit. We have not flattened it," Dr. Kaiser said.

If you want to get tested, you will still need to call 800-945-6171 to set up an appointment. Officials said the turnaround time for test results is typically 3-4 days.