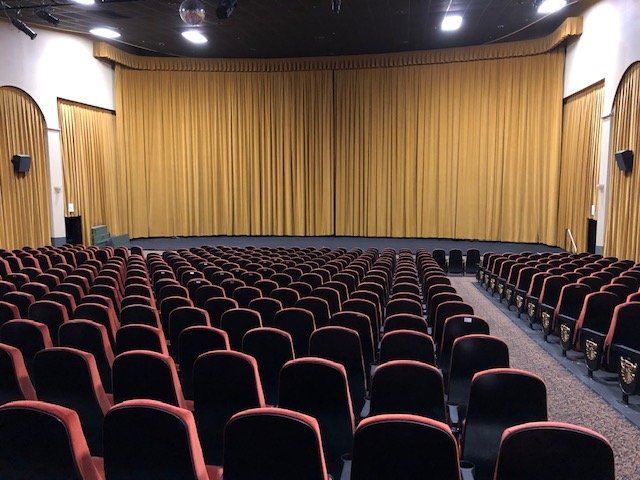 The most notable changes include social distancing, by limiting theater capacity to no more than 25 percent or no more than 100 attendees.

Eric Smith is the General Manager at the Palm Springs Cultural Center which includes the Camelot Theater.

“I have every faith in everything Governor Newsom is doing right now and we are going to follow his guidelines and listen to him,” said Smith.

Another measure the state is suggesting is that theaters use disposable or washable seat covers that are easy to clean, and propping open doors so movie goers don’t have to touch handles.

The state guiltiness also require patrons to wear facial coverings at a minimum when entering and exiting theaters and when buying concessions.

While Smith is ready to follow any and all state guidelines, he says he doesn’t plan to reopen his theaters until September at the earliest.

He is concerned that a second wave of coronavirus infections might occur and does not want to risk anyone contracting the potentially deadly virus.

“My concern is we do it too soon.  We will end up being part of the problem and have to close down,” said Smith.

Still wanting to provide entertainment, Smith says he’s ordered an outdoor screen he plans to have set up on the north side of the building in about two weeks, allowing movie goers to drive up in their cars and park in the lot.

They’ll be allowed to set out their own socially distanced seats while still following guidelines when buying concessions and drinks and when entering the theater to use restroom.

“It’s going to be a new ball game and we are going to reinvent it everyday as we go along,” said Smith.

The general manager at the Mary Pickford Theater in Cathedral City tells News Channel 3 he is aiming to reopen the theater Friday, June 19.

Representatives for Cinemark movie theaters in La Quinta in Rancho Mirage did not return our calls and emails seeking comment.

Our call to the Regal Rancho Mirage & IMAX theaters was not returned.