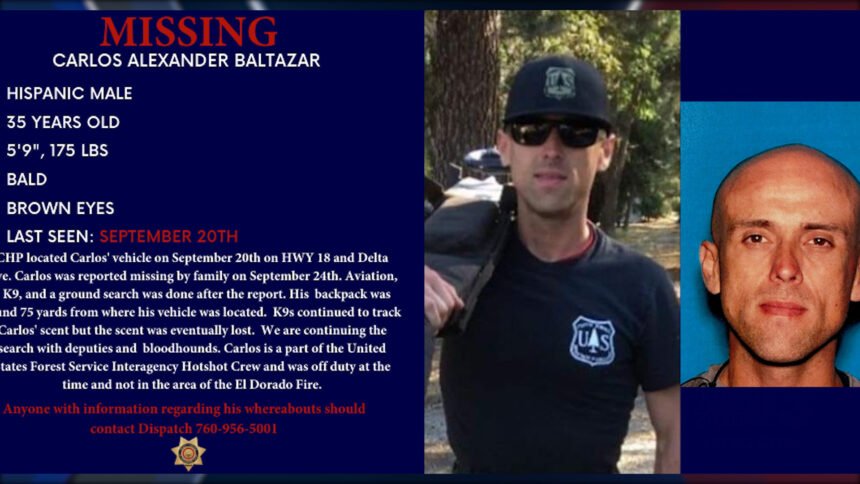 Authorities announced that deputies are asking for information regarding a Subaru seen near Hwy 18 and Delta Ave on Sep 20.

Deputies believe Carlos Baltazar may have been picked up near his vehicle by someone driving a Subaru.

A member of the United States Forest Service Interagency Hotshot Crew has been reported missing after his vehicle was found in the Big Bear area.

Carlos Alexander Baltazar, 35, was reported missing by family on September 24, according to the Big Bear Sheriff's Station.

The California Highway Patrol actually located Baltazar's vehicle on September 20th on Highway 18 and Delta Avenue. His backpack was found approximately 75 yards from where his vehicle was located.

Once the missing persons report came in, the search intensified with aviation, a K9, and a ground search. The K9 tracked Baltazar's scent but it was eventually lost. The search continues with deputies and bloodhounds.

Baltazar was off-duty at the time and not in the area of the El Dorado Fire.

Anyone with information regarding his whereabouts should contact Dispatch at 760-956-5001.