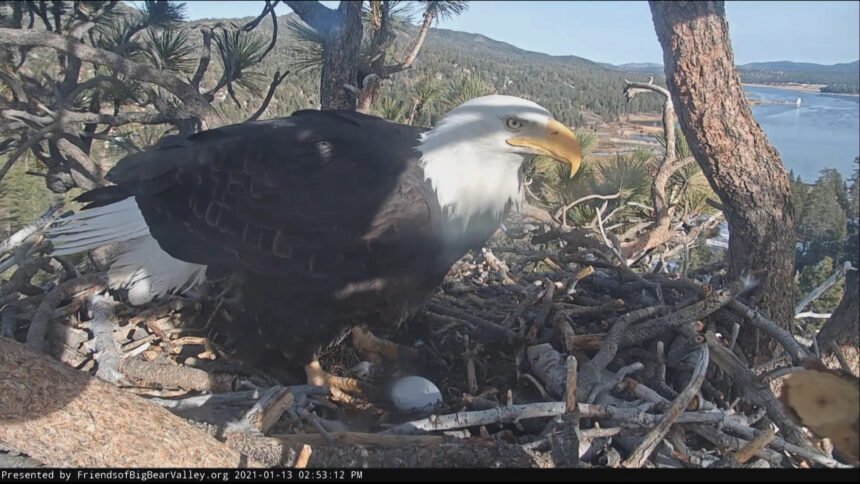 The people behind the Friends of Friends of Big Bear Valley and Big Bear Eagle, the non-profit that runs the live eagle nest camera, said they don't know how the egg broke but they believe it happened either before or during the laying process.

It's been a bad week for Jackie and Shadow. Jackie's first egg was eaten by ravens on Thursday.

However, there is still some hope. Jackie laid her second egg over the weekend. Jackie continues to incubate the second egg

Stay with News Channel 3's for any updates on the bald eagles.