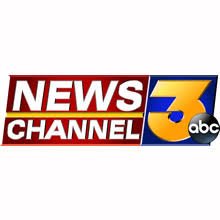 Californians reduced their water use by a measly 3.9% in September, down from 5.1% in August. Overall, California has reduced its water consumption by just 3.6% since July, when Newsom made the request.

“It’s not the news we want to see, for sure,” said E. Joaquin Esquivel, chair of the State Water Resources Control Board.

A megadrought fueled by climate change has enveloped much of the West. As California heads into what traditionally is its wettest time of the year, 80% of the state is classified as in extreme or exceptional drought, the two worst categories.

State officials had hoped Californians’ conservation would continue to improve each month as more people learn about the drought and water agencies promote their conservation efforts. Instead, data showed none of the state’s “hydrologic” regions met the 15% threshold and two in the Central Valley region that account for 10% of the state’s population actually used more water in September than a year ago.

Water agencies say California actually has reduced its consumption because of changes put in place during prior droughts. That means cutting more now is harder.

For example, the Los Angeles Department of Water and Power has imposed mandatory irrigation restrictions since 2009 and incentivized customers to replace their lawns with turf. The agency has been hiring more people to enforce water use rules, beefing up patrols that search for leaks and violations.

Beyond those efforts, it will take lots of time and money to see any real savings “given most of the immediate savings potentials have already been accomplished in our service area,” said Terrence McCarthy, the department’s water resources policy manager.

The biggest water savings in September came in two sparsely populated regions in Northern California, where conservation increased by 12.4% or more. The San Francisco Bay area reduced its water use by 7.6%, and it fell 4.2% in the South Coast, which includes Los Angeles and San Diego and accounts for more than half the state’s population.

California’s most recent “water year,” which runs from Oct. 1 to Sept. 30, was the second-driest on record in terms of statewide precipitation. California had its warmest ever statewide average monthly temperatures in October 2020 and June and July 2021, according to the National Oceanic and Atmospheric Administration’s national Centers for Environmental Information.

That combination of extremely warm, dry weather has made it much harder for California to collect and store the water it gets from rain and snow each winter, as most of it either evaporates or is absorbed into the dry soil.

That blunts the impact of large storms known as “atmospheric rivers.” One such storm late last month dumped record amounts of rain in Northern California, including 5.44 inches of rain in Sacramento — the most ever in that city over a 24-hour time period.

Homes and most businesses make up a small percentage of the state’s water use each year. Most water is used for agriculture and environmental purposes, such as to maintain habitats.. Farmers have already seen steep cutbacks to their water deliveries from the government this year because of the drought.

State regulators have temporarily lifted curtailments for farmers and other large water users after last month’s storms increased flows in the state’s major rivers and streams. It’s likely regulators will soon reinstate those restrictions for some areas of the delta formed by the Sacramento and San Joaquin river systems.

Still, Esquivel said conservation is the state’s strongest tool “not just (for the) drought, but for the long term because of climate change.”

“We know that we will continue to face deeper and longer droughts,” he said. “And so now is the time to really continue to shift our usage here in the state.”