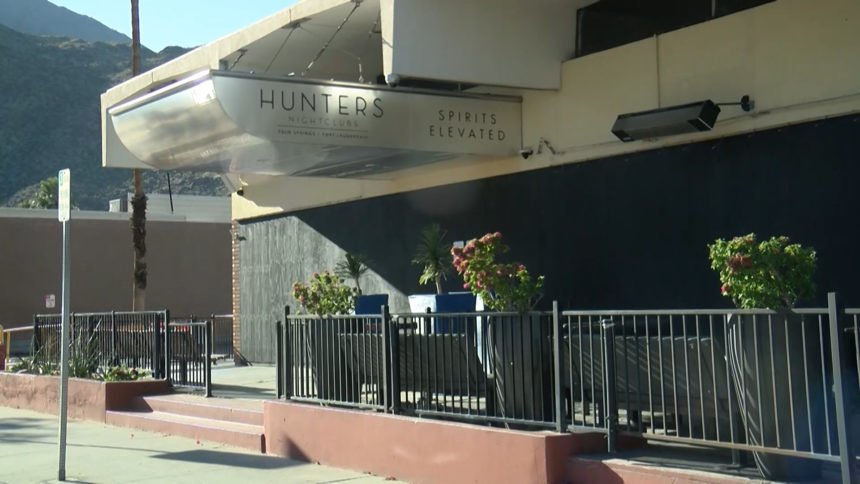 Many valley businesses have grinded to a halt thanks to state and some local orders. But how are cities enforcing the closures of non-essential businesses?

Each city and respective police department have slightly varying approaches.

Indio Police Chief Mike Washburn said there have been a handful of complaints about businesses out of compliance.

"Really, it's an education piece for the most part," Washburn said. "Everyone's voluntarily complied with everything we've asked them to do." He added his department is most focused on making sure large groups don't congregate together.

That's a focus for the city of Palm Springs as well, where some non-essential businesses are now boarded up, including Hunter's Nightclub and Sephora.

"If everyone follows the rules and people stay at home except when it's truly essential, we're going to get through this faster," said Palm Springs Mayor Geoff Kors. "We'll all be out quicker. We'll help our economy quicker and we'll save more lives."

Kors said the majority of businesses are complying with the orders, like Crazy Mels Burgers and Bar, which has now moved to serving takeout orders only.

"The rules are there so you just have to follow them," said Paris Kessenger with the restaurant. "We don't know anyone who's not following them. I think you're doing the best you can -- it's not clear for everybody."

Palm Springs police have checked in on about 50 businesses in the past week, but have not had to force any closures.

"Almost all businesses have been very good about cooperating," Kors said.

Mayor of Coachella Steven Hernandez said in his city, he's seeing the same.

However the Sheriff's Department, which is contracted with Coachella and several other valley cities, will not enforce business closures. Sheriff Chad Bianco discussed the decision on a teleconference call last week.

"I've got to be honest with you," Bianco said. "There's no way for law enforcement to enforce those. We can do what we can, if we're not busy, but we have to prioritize those compared to our normal response."

"When we lose tools, when people want to be lax with enforcement, I'm not sure what's the reason," Hernandez said.

Watch: How DHS businesses could be cited for not complying with county occupancy restrictions

Here are some other responses we've gotten from some cities about enforcement:

Watch our report on how Coachella, Palm Desert, and La Quinta plan to enforce the order

"The Riverside County  Public Health Officer is primarily responsible for monitoring these types of concerns except where he, (the County Health Officer), deems the particular use or business an immediate threat to public health.  In that case,  our Police Department may be asked to approach the business about compliance with the Public Health Officer's order.  We will work his request into our normal call of service protocol.  Additionally, if members of the public call City Hall asking us to inquire about a particular business, then our code compliance officers will make a courtesy call to the business that potentially may be violating the order.  They will discuss with the business their reason for being open, and if the business is out of compliance with the county health director’s or governor’s orders, then ask for their compliance.  This will be done over the phone to avoid our code officers putting their health at risk for a non-compliant business.  If the business refuses to shut down, then a police officer will be dispatched through our normal call of service protocol."

"For Rancho Mirage, we are encouraging our residents not to call law enforcement for mandated related concerns. Our law enforcement deputies should be allowed to focus on their primary mission of protecting our community during this unprecedented event. From a City standpoint, we are doing everything we can to heed the Governor’s call to all work together and comply with the mandate out of our social responsibility and concern for our neighbors. The City is following up on reports of noncompliance and so far stricter enforcement, like law enforcement involvement, has not been necessary, but is available to us if the need arises.

This is a fluid issue and changes are continuing to come out, like the new ABC order which allows the packaging of alcoholic beverages to-go from restaurants and bars, see details here (note: there are specific rules to protect against open containers in vehicles). As long as an establishment is sticking to take-out and/or deliveries they are permitted to stay open. In fact, restaurants were specifically noted in the Governors speech as being allowed to stay open for take-out and/or delivery. With depleted grocery stores, our restaurants are an important food option for many in our community."

"Our businesses have been complying. We do not expect the sheriff department to enforce the order."