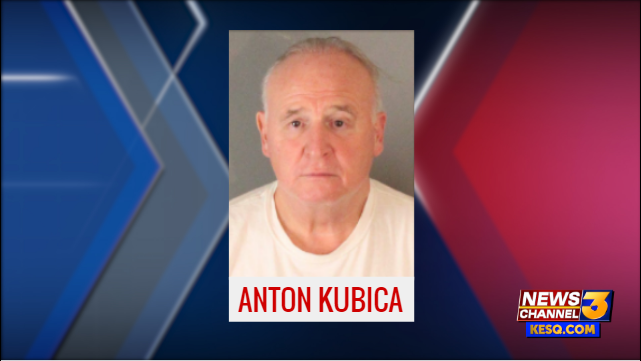 A 63-year-old Canadian man convicted in the 1990 murder of a Palm Springs woman has been sentenced to 25-years-to-life.

Anton Kubica, 63, was sentenced today to 25 years to life in prison for the 1990 murder of 78-year-old Marie Darling of Palm Springs. The case went cold but reopened in 2014. He was convicted of Darling’s murder in 2019.#coldcase #LawEnforcement #justice #rivconow #wearerivcoda pic.twitter.com/tGUGoe2epA

Anton Michael Kubica of Shawnigan Lake, British Columbia was convicted of killing Marie Darling, 78, of Palm Springs woman whose remains were found spread over 200 yards in the desert east of the Cactus City rest stop on June 20, 1990.

An autopsy revealed that Darling had multiple skull fractures.

The case went cold until 2014 when Kubica was identified as the suspect and charges were filed. He was ultimately returned to Riverside County in 2018.

Prosecutors said that Kubica killed Darling prior to transferring large sums of money into his bank account to pay off the mortgage payments for a house in Palm Springs. In total he is accused of draining more than $180,000 from the senior citizen’s bank account.

Bank records from a financial repository in Anguilla showed that Kubica withdrew $170,000 from the account, with some of the money transferred to the Royal Bank of Canada. Kubica established the Bank of Anguilla account on May 24, 1990, prosecutors allege.

Kubica was found guilty of the murder back in November 2019 and was originally set to be sentenced in January but that was postponed after the defense filed a motion to dismiss the case.