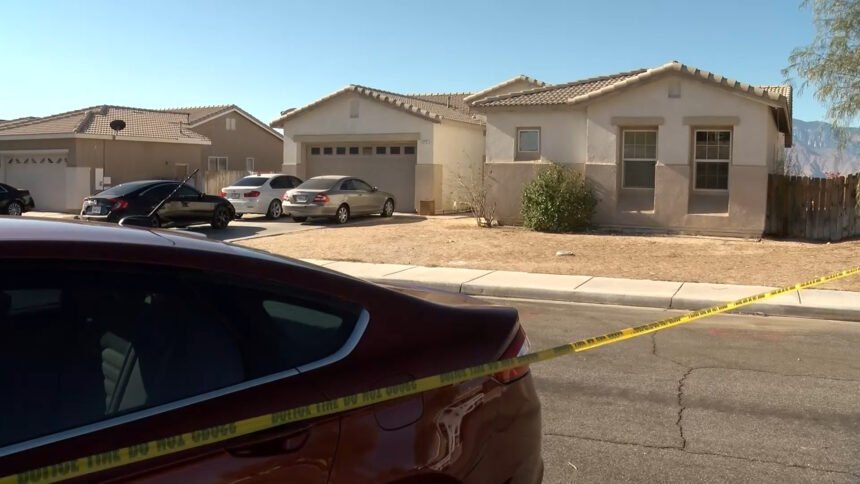 The Desert Hot Springs Police Department has arrested a suspect on murder charges in relation to a deadly shooting during an attempted home invasion Wednesday night.

According to police, officers were called to the 13700 block of Hacienda Heights Drive Wednesday at approximately 10:40 p.m. for a report that an intruder had been shot after he tried to break down the front door of a home.

The intruder, identified as a male adult, was found with at least one gunshot wound. They were pronounced dead at the scene.

Thursday evening, detectives obtained information that led to the arrest of a man.

According to the Desert Hot Springs Police Department, the suspect arrest on Thursday was not the tenant of the home, but another suspect that fled the location before officers arrived at the scene Wednesday night.

The suspect was booked into jail for murder, police confirmed, but there were no other details on what happened disclosed.

Anyone with more information is encouraged to contact the Desert Hot Springs Police Department.

As part of company policy, we will not be publishing the name of the suspect until they are officially charged by the Riverside County District Attorney's Office.

Wednesday's shooting was the second shooting investigation of the day in Desert Hot Springs.