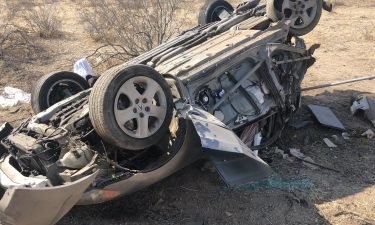 An arrest has been made in a shooting that happened in front of a taqueria in Coachella back in February.

The shooting happened overnight on February 15, 2021 at the parking lot in front of Taquería Monte Alban.

The taqueria is located on the 49-300 block of Grapefruit Boulevard.

The shooting was reported at 12:49 a.m. Deputies found a man with multiple gunshot wounds. The man was rushed to the hospital. His condition remains unknown but the suspect under arrest is facing attempted murder charges.

The Coachella Community Action Team (CCAT) took over the investigation and were able to identify the suspect, a 27-year-old from Coachella.

CCAT, with the assistance of the Southern Coachella Valley Community Service District Team, arrested the suspect at a residence in Coachella Thursday evening.

Anyone with any information regarding this incident is urged to contact Deputy Ruiz with the Riverside County Sheriff’s Department at (760)863-8990. If you wish to stay anonymous, call Crime Stoppers at (760)341-7867.