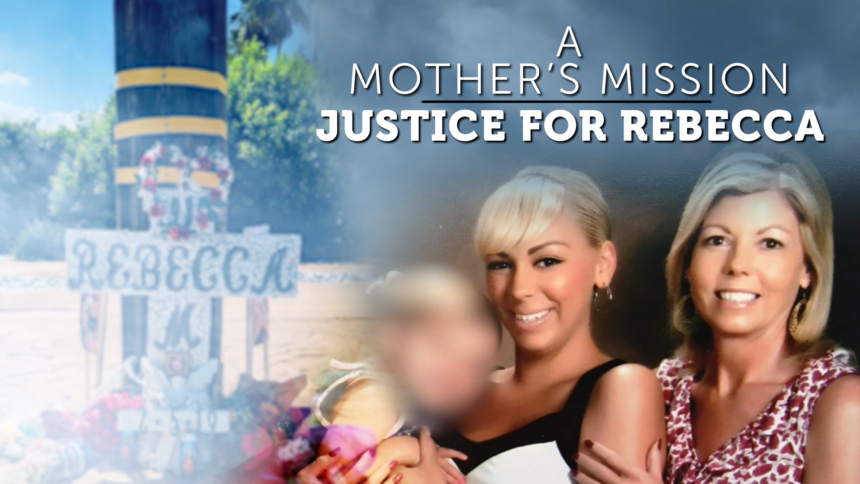 For the first time we are hearing from Rebecca Modrall's young daughter Ryan. Modrall has been missing for over a year, last seen in La Quinta. The Riverside County Sheriff's Department is treating this case as a homicide.

"I really want justice for my mom cause I know that's what she would want," says Ryan, Rebecca's 12-year-old daughter.

In an update to our I-team investigation, "A Mother's Mission" the family is remembering Rebecca while at the same time pushing hard for answers, frustrated with the lack of information from authorities

Scott, in town to help set up a memorial cross and attend a vigil in honor of his daughter who hasn't been seen or heard from since February 5th of last year.

The entire family still feeling the pain associated with not knowing what happened and the frustration that they can't get answers.

"It's been a difficult one, everyday is a little different, having so much that is still unresolved," says Scott Modrall.

Rebecca's mother, Sarah has been an outspoken advocate for her daughter, taking the time to sit down with Devine ahead of Saturday's activities to honor Rebecca. Her grief and sadness turning to stubborn determination as she's decided to take matters into her own hands to try and solve her daughter's murder.

"We're going to be doing a podcast, we've reached out to Dateline, Unsolved Mysteries, 48 Hours and 20/20. So, that will give more of a complete story to people and they might understand it a little more," says Sarah Modrall.

Members of Rebecca's family believe the life she led may have some clues to how she died. Rebecca worked as an escort for years, and her family says one encounter evolved into a years-long relationship.

"We've always been upfront and Rebecca herself was actually upfront about what she did," says Sarah.

Admittedly, she had a past. Her family says her criminal record is also something investigators may be considering. Her mother believes any mistakes Rebecca made were not worth losing her life.

"It doesn't matter what she was doing, there were other ways to deal with it other than killing her."

The family, keeping Rebecca's memory alive putting up a memorial cross, near the Polo Estates, where Rebecca was last seen. It was stolen, so was the 2nd, 3rd and the 4th memorial.

The 5th, erected this past Saturday at a different location on Madison near Avenue 50 included a tracker. It was stolen Monday morning. The family reported it to police and are pressing charges.

"I just never really dreamed that anybody would ever take down the memorial, that wasn't even a thought. I haven't ever heard of anybody doing that," says Sarah.

Devine spoke with the lead investigator on the case, Detective Martin Alfaro, who refuses to answer any questions, referring us to the Riverside County Sheriff's Media Information Bureau. who sent a statement.

"There is no update or statement to provide at this time. Thank you for reaching out."

"I think that they've lost steam looking for Rebecca and I am not sure what they're doing because they don't tell us anything," says Sarah.

"That there's been no arrests, we haven't found her, nothing has happened. We aren't sure that everything that can be done is being done. It's frustrating the lack of knowledge that we have," says Scott.

As they plea for the public's help, loved ones gather at a candlelight vigil in honor of Rebecca. With the support of family, her young daughter Ryan tells us what she misses most.

"I think just going places with my mom and just having fun with her. It's good that I had 11 years with her. I don't have her anymore, so I don't get to do things with her. But I'll miss her everyday," Ryan said.

Rebecca's mother, Sarah, told Devine that it's just too emotionally draining to keep replacing the memorials for Rebecca, but hope through coverage like this, people will not forget her and come forward.

If you have any information on this case please contact Detective Martin Alfaro at (760) 393-3528.

Watch our previous I-Team reports on Rebecca's disappearance below: