With this deal, GM becomes the first company to make a multi-million dollar investment in Controlled Thermal Resources Hell's Kitchen project, which is located near the Salton Sea. The agreement means that a significant portion of GM's future battery-grade lithium hydroxide and carbonate could come from the Hell's Kitchen development.

Lithium is a metal crucial to GM's plans to make more affordable, higher mileage electric vehicles, the company stated in its announcement release.

Hell's Kitchen Lithium and Power development in the Salton Sea Geothermal Field is located in Imperial County and is the largest known geothermal resource in the world. The area is known as "lithium valley."

"One of the single best locations, one of the largest geothermal reservoirs in the world is right at the Salton Sea," Jonathan Weisgall, Vice President of Government Relations for Berkshire Hathaway Energy.

As the first investor, GM announced it will have first rights on lithium produced by the first stage of the Hell's Kitchen project and included an option for a multi-year relationship.

“The relationship between GM and CTR is expected to accelerate the adoption of lithium extraction methods that cause less impact to the environment. A significant amount of GM's future battery-grade lithium hydroxide and carbonate could come from CTR's Hell's Kitchen Lithium and Power development in the Salton Sea Geothermal Field, located in Imperial, California. With the help of GM's investment, CTR's closed-loop, direct extraction process will recover lithium from geothermal brine,” reads a statement by GM.

“Our efforts to galvanize a thriving, robust lithium economy in our Salton Sea region are becoming a reality more and more each day. With the ability to meet one-third of the global lithium demand, our Imperial County, Salton Sea area, can take center stage in the future of our domestic lithium supply chain. This strategic agreement between Controlled Thermal Resources and General Motors marks the first major investment in actualizing that vision,” said Garcia, who serves as the Chair of the Assembly Select Committee on California’s Lithium Economy.

“After years of laying the groundwork, we are ready to move forward pedal to the metal on our cleaner air, electric vehicle, and climate goals while utilizing these economic development opportunities to bring vital resources, improve public health, and uplift overall circumstances in our region. More than ever, we must continue to elevate our community engagement efforts to ensure local stakeholders and residents are in the driver’s seat as we set this new course. Our work last year (AB 1657, E. Garcia) to establish the Lithium Valley Commission will help ensure that,” Garcia said.

A final report is due to the California State Legislature by October 1, 2022.

"General Motors’ investment in renewable energy development at the Salton Sea presents an incredible opportunity for clean energy job creation in our Desert," Ruiz said. "With the lithium deposit at the Sea, our region can become a global leader in manufacturing for the batteries that will power our clean-energy future. I have long advocated for the renewable energy potential at the Sea, and I look forward to working with GM to develop a supply chain that prioritizes sustainability, public and environmental health, and local job growth." 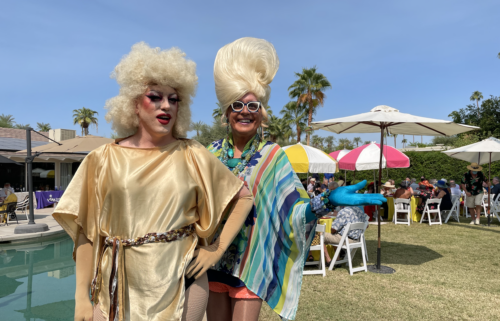