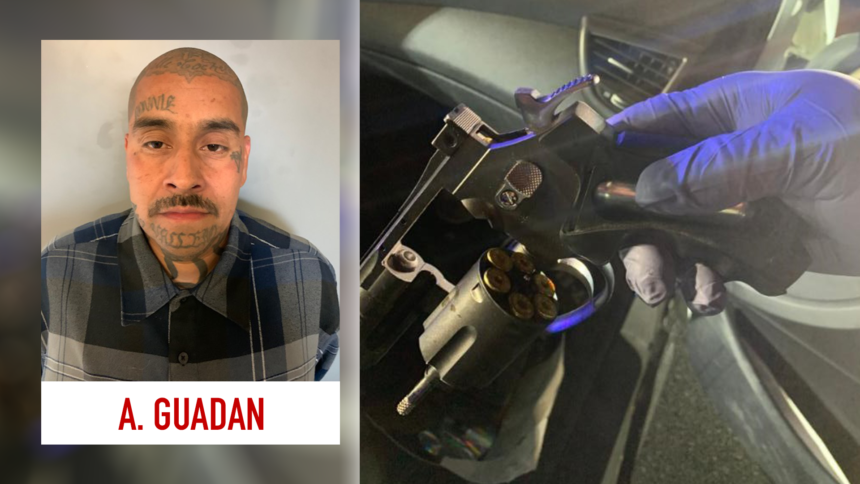 On January 26 at 1:01 a.m., officers attempted to conduct a traffic stop on a suspected DUI driver near the intersection of 6th Street and Cactus Drive in Desert Hot Springs. The driver failed to yield and began traveling toward the north side of the city.

During the flight from officers, the front end of the suspect vehicle sustained significant damage, causing the pursuit to reduce in speed greatly, but the incident continued for over two hours.

The driver, 35-year-old Alejandro Guadan, was taken into custody at 3:20 a.m. near the intersection of West Drive and 3rd Street near the Desert Hot Springs library, according to county jail records.

Guadan was reportedly in possession of two replica firearms at the time of his arrest.

"Guadan was charged with eluding a police officer, felon in possession of ammunition, DUI, andprobation violation," read the DHSPD release on the incident. "He was booked at the Larry Smith Correctional Facility in Banning, CA."

No injuries were sustained during the incident, but Guadan was brought to a local hospital as a precautionary measure.

He is being held on no bail.