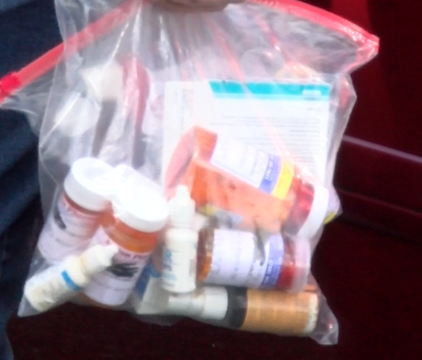 Several residents of the high desert brought expired and unused drugs to the Morongo Basin Sheriff's Station on Saturday as part of 'Drug Take Back Day.' Reach Out, an organization dedicated to working through different sectors of the community, and the Drug Enforcement Administration organized the local high desert site, giving residents a chance to discard medication.

"It is a DEA-sponsored event, national event. It happens twice a year, in October and in April," said Reach Out outreach and policy specialist, Favian Villanueva.

People were able to drop of medications, no questions asked.

"Everything that will be collected today will be taken down to county and disposed of through incineration. That's the proper and safest way to do it," said Villanueva.

The drop-off was held from 10 a.m. to 2 p.m. By 12 p.m. organizers had already collected 6 boxes worth of discarded medication.

Villanueva said the drop-off was also a chance to understand that having prescriptions in households could be harmful to youth and others in the household who may experiment and become addicted to the drugs.

Aside from Saturday's event, the Morongo Basin Sheriff Station has a medication dropbox, which allows people to drop off their medication during the department's business hours year-round.

For Coachella Valley residents, the Palm Desert Sheriff's Station also has a dropbox.

There are other locations provided by the DEA website that are unrelated to law enforcement. Residents can find closer drop-off locations near them at the link below.

"The thing is anybody can take it. Being in a medicine cabinet, you never know if you have teens in your household. If you look at youth trends as well that’s a big one," said Villanueva.

In recent years, more teens and youth have been exposed and begun experimenting more with prescription drugs.

"In prevention work we obviously want to make sure we don’t introduce someone to a life of substance-use disorder or opiate-use disorder," said Villanueva.

One way Villanueva said could help prevent abuse it by keeping prescription drugs in a lockbox.

"Realistically this is happening whether we like it or not. One of the ways we can help mitigate it is just being more aware and being more responsible and disposing of prescription drugs properly." 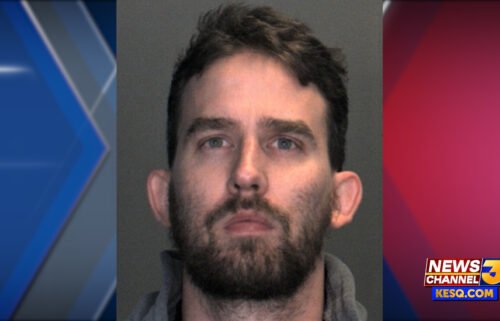