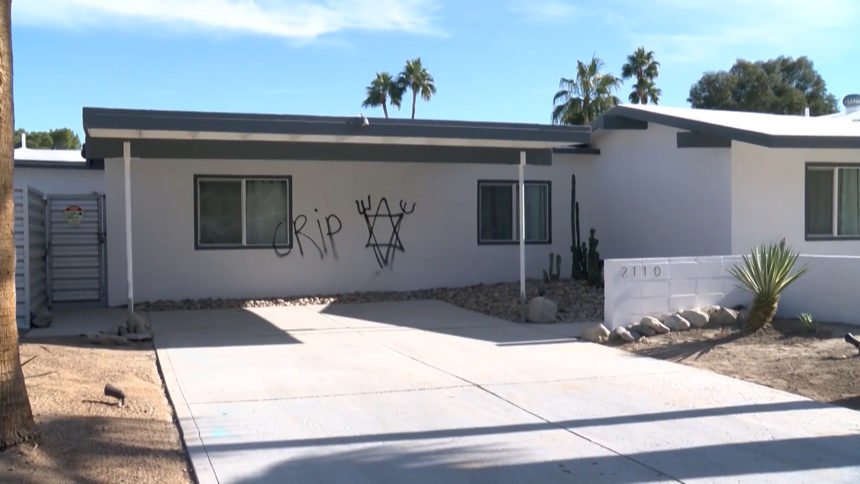 A News Channel 3 first reported the appearance of the vandalism on Friday morning at a home near the intersection of Via Escuela and Avenida Caballeros.

No timeline on the incident has been provided by PSPD, but Sgt. Casavan confirmed that a report had been completed as of Monday morning.

Based on the initial investigation, Casavan told News Channel 3 that the modified Star of David Symbol found on the home is associated with a Chicago gang called "Gangster Disciples". The symbol, paired with the adjacent word "Crip" points toward gang graffiti, per PSPD.

It was unknown if the vandalism had an intended target, as the home is currently under remodel. No suspect has been detained and no surveillance has been acquired at this time.

One local resident said this type of crime is uncharacteristic of the area.

"This is really sad. I don't believe we have any gangs going on here. I think this is a random act of stupidity more than anything else. I've lived in this neighborhood and raised my kids for about 25 years, we've never had these kinds of issues here so I don't believe it's gangs, it's just kids being dumb," Silva Signoret said.

The case has been referred to the Palm Springs Police Department's detective bureau.