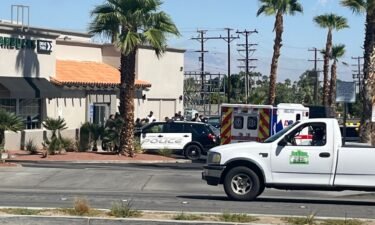 MENDON, Massachusetts (WBZ) — A “sky ride” at the Southwick’s Zoo got stuck on Friday, leaving people stranded in the air. In all about 40 people were stuck on the ride.

This “Skyfari Sky Ride” runs over about a third of the park, giving guests a bird’s eye view of the animal exhibits below.

One of the owners of the zoo said the ride was closed out of an abundance of caution.

“Our employees at the Skyfari ride noticed a small oil leak and they decided to err on the side of caution and with that they stopped the ride and decided it would be best to evacuate the ride,” said Betsey Brewer, owner of the Southwick’s Zoo. “We’ve had a lot of training to get people off the ride and it went great.”

The fire department said the zoo was able to get about half of the guests off before they arrived. The other 20 were in hard to reach areas.

“We are aware of the ride here but obviously when it goes through trees, which is great for the customers of the Southwick Zoo, it makes rescuing them a little bit tougher,” said Mendon Fire Chief Bill Kessler.

The last person was rescued about two hours after the ride stopped.

At its peak the sky ride is about 30 feet in the air, weaving through trees and over animals.

A 7-year-old named Sebastian who was rescued said he tried his best to not be scared. “It was crazy because it was like I’ve never been on a ride that was like broken,” said 7-year-old Sebastian. “I was really like confident and I tried to be like not scared… I was very brave.”

It was around 90 degrees when the ride stopped. Nobody was injured.

The zoo does not know how long the ride will be out of service.