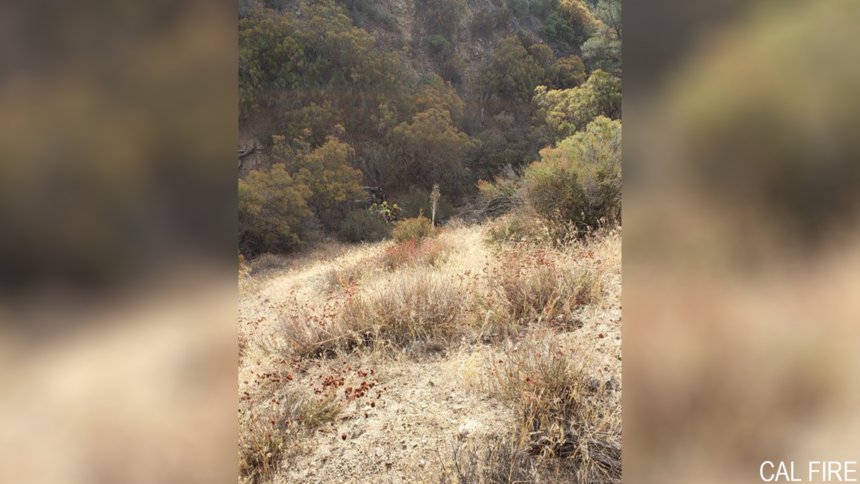 Firefighters rappelled down a mountainside today to rescue a man whose Volkswagen Golf veered off Highway 371 in Anza.

The car went down an embankment west of Burnt Valley Road at 6:54 a.m., the California Highway Patrol reported.

At least 15 firefighters were sent to the scene, along with a Mercy Air medical helicopter.

After firefighters successfully brought the patient up to the roadway via a rope tow, a ground ambulance took him to the helicopter, which airlifted him to Desert Regional Medical Center in Palm Springs, authorities said.

Meyer said the driver, whose name was not immediately released, was the only person in the car.