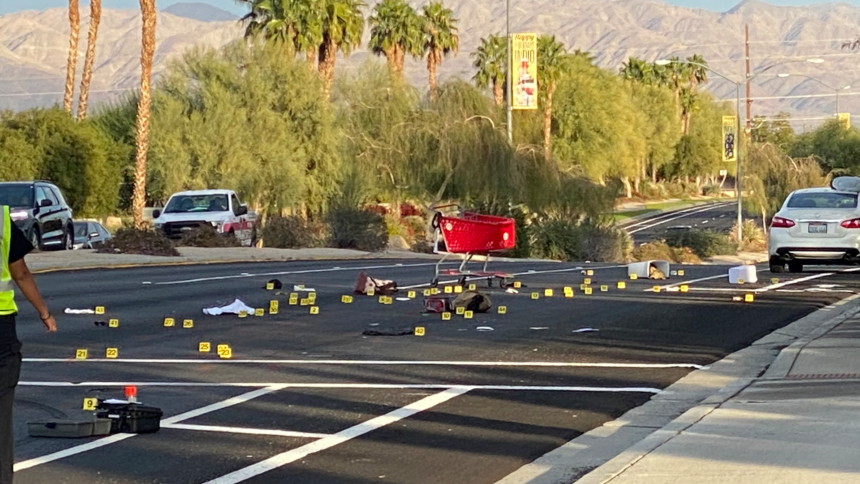 A pedestrian was sent to the hospital Tuesday afternoon after being struck by a vehicle in Indio.

The collision was reported at the intersection of Fred Waring Drive and Burr Street at 1:20 p.m. Responding officers found an adult male lying in the roadway next to a White Nissan. The pedestrian was taken to an area hospital by an Indio Fire Department/CAL FIRE ambulance with unknown injuries.

The driver remained on scene and is cooperating with the investigation.

No additional injuries were reported.

A stretch of Fred Waring Drive between Burr Street and Madison Street was blocked off for eastbound as of 3 p.m. Westbound traffic was not affected.

The investigation is being handled by the Indio Police Traffic Team.