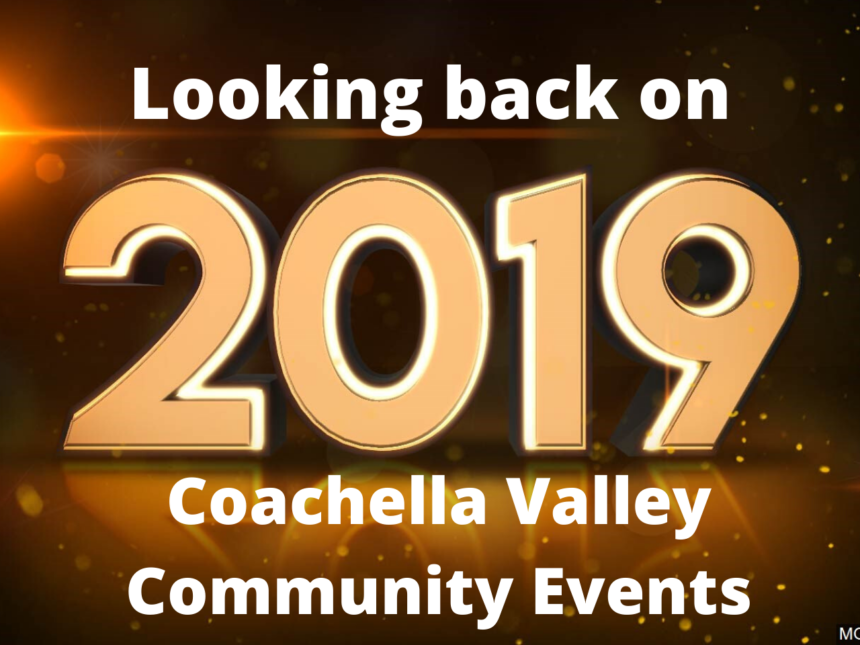 As the Desert’s News Leader, we’ve been there for you all year long, providing coverage of local events throughout the Coachella Valley.

News Channel 3’s Caitlin Thropay breaks it down with a look back at 2019, highlighting some of the events that brought our community together.

2019 kicked off with the 30th Annual Palm Springs International Film Festival. Bradley Cooper, in "A Star is Born," Rami Malek in "Bohemian Rhapsody" and Melissa McCarthy in “Can You Ever Forgive Me” are just a few of the 2019 award winners.

“It’s the moments in the rough patches that truly make us feel that we are all in this together,” McCarthy said while accepting her Spotlight award.

Also in 2019, it was the 60th Anniversary of Desert Classic bringing together pro golfers and golf lovers alike.

Later in the year, another golf tournament, The Warburton raising $10 million since it began nine years ago for St. Jude Children's Hospital.

“It seems to be pretty epic every year,” Patrick Warburton told News Channel 3.

Moving on to Modernism Week, 128,000 people enjoyed what makes Palm Springs most unique.

And as for festivals, Kanye West made a special appearance hosting his Sunday service on Easter during Coachella Festival.

“I think it’s a once and a lifetime experience to be honest,” one Coachella Festival attendee said.

Some of the main performers were Childish Gambino, Ariana Grande and Tame Impala.

Plus, the Coachella Valley added a new festival in 2019, the Date Harvest Festival in November.

“This is so much better than what I thought and that’s what everyone keeps on telling me all day long,” co-founder of the Date Harvest Festival, Mark Tadros said.

“He showed me La Quinta, I feel in love with it and said okay, it’s time to get off the road, settle down and open up my own place,” Jeff Hobson said.

Plus, 2019 saw a unique hotel pop up for one weekend only, The Bell by Taco Bell.

“I just want to thank the whole Coachella Valley for being my main support system through these last few surgeries,” Ramirez said.

We want to thank everyone for watching KESQ, the Desert's News Leader in 2019 and we look forward to another year of covering community events.